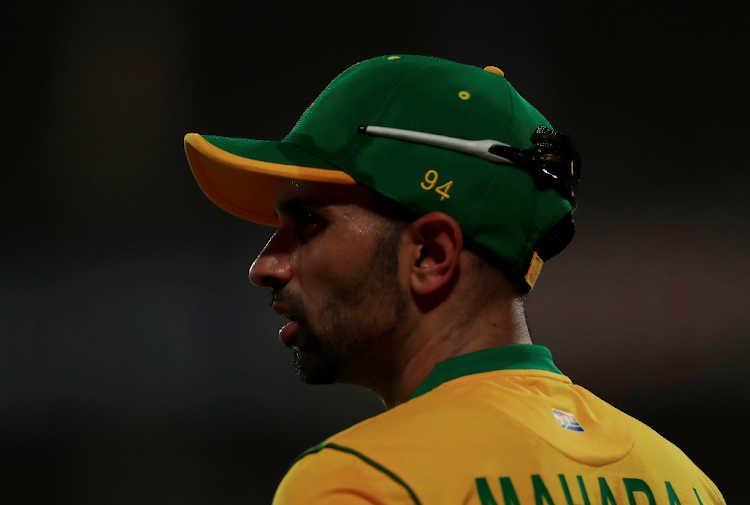 Proteas stand-in captain Keshav Maharaj believes his charges have the arsenal to take on England in the first one-day international in Durham on Tuesday (2pm).

Coming off the back of a 2-1 series defeat against India just 48 hours ago, the reigning men’s world champions will have little time to lick their wounds as they face a motivated Proteas.

The clash at the Riverside Ground will be the first in a three-match series, as part of a two-month series that also includes three T20s and three Tests.

Maharaj is well aware of the threat England pose and said SA are ready for a fierce battle.

“The boys are excited and ready to hit the ground running at the start of this ODI series,” Maharaj told a virtual media briefing on Monday afternoon.

“It has been a while since we played our last ODI, but it has also been a substantial, lengthy build-up to this series so the boys will just be happy to be out on the park.”

Maharaj felt confident SA have a strong, balanced squad able to put up a good fight in the series.

Heinrich Klaasen scored a fighting century to help the Proteas to an impressive 107-run victory over the English Lions in the second and final ...
Sport
1 month ago

“We haven’t done too well in the ODI format of late, but we have been trying various combinations and methods, so hopefully we can find that rhythm to our game and we can start on a positive note.

“England are coming off quite a bit of cricket so they are a much more settled team. But having put in the hard work over the last 12 months I think we are going to see some good performances from this series and going forward.”

The series does not count towards the Cricket World Cup Super League qualification process, but Maharaj said that would not detract from wanting to improve the performances of the team.

“I think it is important for us as an ODI unit to keep playing together. I think the more you play, the better you get and the more you can work on combinations.

“They are still international cricket games, so it is enough motivation to play and build towards the series and other ICC events coming up.”

Maharaj said his job as stand-in was to build on the work already done by injured regular captain Temba Bavuma.

“It is just to pick up where Temba left off. We know our philosophy and strategy as a unit, so it is about filtering that into the current series. Obviously, on the field, things might differ slightly.”

As they look to add just a second ODI series win in England since readmission, Maharaj said this one presented a golden opportunity for the group of players to write their piece of SA cricket history.

If he was a robot or machine, premier Proteas fast bowler Kagiso “KG” Rabada would go on and on but just like the rest of us he is of flesh and blood ...
Sport
1 month ago

Cricketer Mondli Khumalo temporarily out of hospital after attack in England

Former junior Proteas and KwaZulu-Natal Inland (Tuskers) cricketer Mondli Khumalo, who was brutally attacked in England, has been temporarily ...
Sport
1 month ago

CSA explains Proteas pulling out of ODI series against Australia

Cricket SA has explained the reasons for withdrawing from the ODI series against Australia next January, which has left the Proteas in danger of ...
Sport
1 month ago