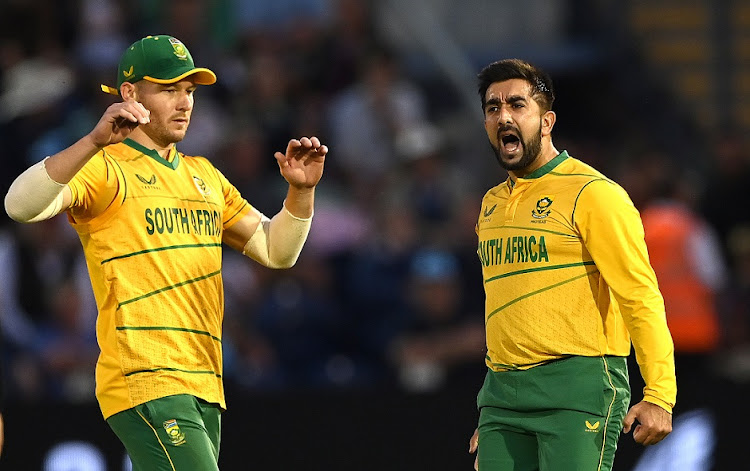 SA spinner Tabraiz Shamsi took five wickets to help his team bowl out England for 101 to win their decisive T20 international by 90 runs at the Ageas Bowl on Sunday and take the three-match series 2-1.

The Proteas were put in to bat and scored 191-5 off their 20 overs to set England an imposing target and then skittled out the home team for a one-sided victory. Shamsi’s wrist spin accounted for Liam Livingstone, Sam Curran and David Willey, who was bowled first ball to set up a hat-trick chance that Chris Jordan denied him.

But Shamsi had Jordan trapped leg before wicket in his last over, and then Adil Rashid caught out on the boundary, to finish with 5-24 off four overs.

England quickly fell behind the required run rate as none of their batsmen managed to show any of the power-hitting from earlier in the limited overs series between the two countries, struggling to deal with the variety of bowling options SA subjected them to.

Proteas have all to play for on Miller's big day

In-form Proteas batter Reeza Hendricks is grateful for the opportunities currently at his disposal and is looking forward to again contributing when ...
Sport
2 weeks ago

Jonny Bairstow finished their top scorer with 27 runs after coming in at number four, and being the last man out after watching a procession of batsmen fall around him.

Willey bowled SA’s opener Quinton de Kock in a wicket maiden opening over at the start of the contest but the tourists went on to set a substantial target as Reeza Hendricks and Aiden Markram both scored half-centuries. Their 87-run partnership also proved decisive after Rilee Rossouw was out for 31 off 18 balls.

Hendricks scored 70 before skying the ball to wicketkeeper Jos Buttler off Jordan while Markram was 51 not out.

There was also a lightning contribution of 22 runs off nine balls from free-swinging captain David Miller, celebrating his 100th T20 appearance for SA. It included the only six of his team’s innings.

England won the opening match of the T20 series by 41 runs before SA bounced back with a 58-run victory to take the series into Sunday's decider.

The Proteas’ performance in their second T20 fixture of the three-match series exuded confidence ahead of the decider today and definitely leaves ...
Sport
2 weeks ago

What is it about Edgbaston, South Africa, the faint sniff of hope and crushing run-outs?
Sport
2 weeks ago

‘Stubbs has raised his hand for Proteas place at T20 World Cup’: Ngidi

Proteas bowler Lungi Ngidi says the team was not surprised by Tristan Stubbs' heroics in Tuesday's big T20 defeat against England and believes the ...
Sport
2 weeks ago