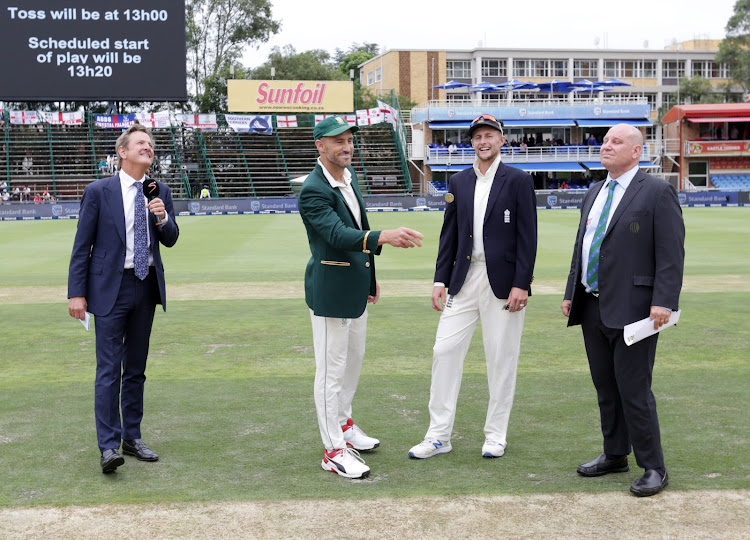 England have won the toss and elected to bat on the first day of the fourth Test against South Africa at the Wanderers on Friday afternoon.

It was the seventh toss that South Africa captain Faf du Plessis had lost in a row which further lengthens the odds on his team leveling the series.

South Africa go into the final Test 2-1 down in the series.

The toss was delayed after rain put paid to the morning session but play is set to get underway at 13.20.

In conditions that you’d expect at Headingley‚ the toss may yet prove crucial and Du Plessis will be well aware that the team that has won the toss on the last 12 occasions at this ground in Test cricket has opted to bat.

The bat/bowl decision was considered 50/50 on a surface that should have bounce and initial lateral movement‚ but one that is likely to hold peril for whoever bats last.

The cracks are likely to open wider on day three which could make batting treacherous‚ particularly on the final day.

England have opted not to include quick Jofra Archer in their line-up instead preferring Chris Woakes.