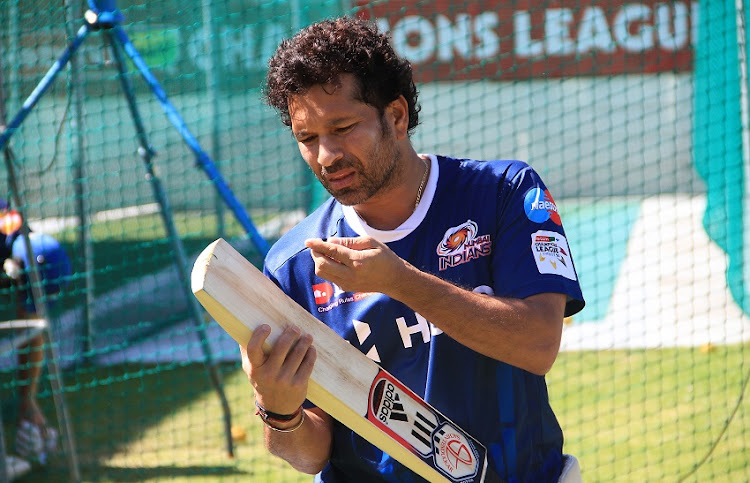 Former Gauteng cricketer Sonnyboy Letshela has relived the excruciating experience he suffered when India toured SA and he was wrongly accused of stealing Sachin Tendulkar’s bat after a net session at Wanderers Stadium.

Letshela was speaking at the Cricket SA (CSA) transformation hearings and gave a humbling and teary-eyed testimony as he recalled being wrongly accused of the crime.

“This still haunts me until today‚” said the now 39-year-old Letshela‚ who played in the same Gauteng teams as current CSA director of cricket Graeme Smith.

Letshela played with Michael Lumb and Grant Elliot. Lumb went to play international cricket for England and retired in 2017 while Elliot played his last Test match for New Zealand this year.

An excited Letshela‚ then 17‚ was part of a group of young black cricketers from townships who were selected to bowl to the Indian touring team in the nets at the Wanderers in the 1999-2000 season.

“Here I am‚ excited that I am going to see Sachin‚” said the now 39-year-old.

What followed was a terrible experience that not only left Letshela scarred for life and followed by stigma‚ and he said it effectively ended his blossoming career when it was taking off.

His nightmare started after Tendulkar’s bat apparently went missing during the Wanderers Test of that tour.

“One day we go and play in Limpopo [in the middle of the Indian tour] with our coach Lawrence [Mahatlane]‚” Letshela testified.

“We play at Limpopo‚ the coach’s phone rings. I’m on the field. As a coach he calls me out and says ‘Come‚ the CEO‚ Alan Kourie‚ wants to talk to you’.

“I’m wearing my whites and I’m playing a game‚ I come out of the field‚ and this guy [Kourie] starts shouting at me and swearing the f-word and saying I must f***ing bring back the bat.

“Lawrence says‚ ‘Speak‚ it is the CEO’. I’m like the CEO is talking to me like that? I dropped the call.

“Alan Kourie phoned again and said ‘you must fu***ng bring back the bat in Jo’burg right now. Basically‚ I was accused of stealing Sachin’s bat‚ which I didn’t‚” Letshela told the CSA transformation inquiry hearings.

“I stood there for about five minutes and cried. My coach‚ Lawrence, just stood there and did not have anything to say to me as a 17-year-old boy.

“It takes a lot for somebody to make cry but that day I cried like a baby.”

Letshela said when the Gauteng team returned to Johannesburg from Limpopo he was immediately summoned to Kourie’s office.

“I remember the CEO [Kourie] told me‚ ‘You better hope it is not Sachin’s bat’. They took my bat and went and showed it to Sachin and Sachin looked at it and said‚ ‘No that is not my bat’. They gave me my bat back.”

Before the Indian tour‚ Letshela said he had been given a bat as a gift from his friend Dumisa Makalima‚ the former Border cricketer‚ who had just returned from India.

“I named the bat ‘Sachin’ because he was my favourite batsman. When he batted he batted forever and good luck on getting him out. I was not raised up to steal.

“I was batting so well and everybody in Soweto knew that bat as ‘Sachin’.”

Aware that his contract with Gauteng was not going to be renewed‚ Letshela started making plans to play cricket in England.

“In England‚ a lot of cricketers from SA‚ like now‚ in April May to September‚ a lot of people go play there‚” he said.

He said the Tendulkar incident spread like a virus and followed him to England and his name was stained for life after it. He said the incident not only cut his career short but is standing in his way of getting a job in the SA cricket environment.

“What I fear the most is for my son‚ who is a passionate cricketer. I can’t get him into a good cricket school. I can’t get him anywhere. You’ve got kids now. It is no longer about playing career.

“I have faced many tribulations because of the racial targeting visited upon me by Alan Kourie.

“I would say I can’t get a job myself because of my past. I have been given the runaround all over.”

After Letshela’s testimony‚ his former teammate at Gauteng and current coach Geoffrey Toyana tweeted: “Sonnyboy is one the most talented cricketers I know.”

Letshela said he was a promising player who had the potential to play for SA.

“I was in my prime. I was fearless. I could not wait to have a ball or bat in my hand. I was ready to take on the world. I was a hot peri-peri.”