'I don't have time for racists' - Springbok Siya Kolisi

Springbok rugby player Siya Kolisi says he will not respond to racist opinions about his marriage to a white woman. 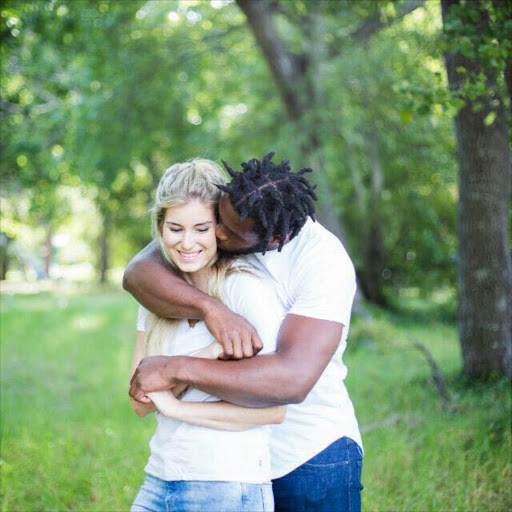 “I ignore things like that . . . They don’t make any difference in my life. All that this is going to do is just waste my time‚” Kolisi said to TMG Digital.

Kolisi tied the knot with his fiancee Rachel in Cape Town in August after a four-year courtship but an elderly white man from Parys this weekend took to Facebook to express his disapproval of the interracial union.

Hannes Lottering posted: “I pray that this does not happen in my family. Honest to God‚ I would not know what to do”. He defended his view with followers who shared his opinions. To someone who reminded them that "we are all human beings"‚ Lottering's response was: "We are chilled. Be carefu‚ this is MY f--- wall".

The unrepentant exchange caught the attention of Deputy Public Protector Kevin Malunga‚ who tweeted "These racist fools come by the truckload".

These racist fools come by the truckload.     pic.twitter.com/RgK0uLVnXy

“Racists are too comfortable ..So comfortable that they don't hide themselves anymore ..they straight out do it our faces‚" ashleynesh @tshepiso_mokwen tweeted.

Racists are too comfortable ..So comfortable that they don't hide themselves anymore ..they straight out do it our faces ..#hanneslottering

He added: "I don't think this passive stuff is working. . . The government needs to do something extreme about racists in our country."

Leon Mabiza had only this to say “South Africa is dead”.

Mpho Dube tweeted: “OMG?!!! What morons? In this day and age? I'm completely shocked #Hanneslottering” This is not the first time that Kolisi and his wife face lousy comments from the public."

In October‚ Rachel shared a string of Facebook messages sent from a man named Charles Hermon‚ who was trolling her. The messages included a string of lewd references and hectored her: "Leave Africa and go back to Europe and leave our good men to our own beautiful black women". 'Charles' added‚ “Don’t need you here stealing our men”.

Sara Gon‚ research fellow at the South African Institute of Race Relations‚ said the behaviour of racist comments is a psychology that is difficult to understand.

“One of two things is likely to happen. You ignore him‚ then he will shut up and everything is dead and his moment of fame is gone. Or he will come up in response and say something worse‚ really setting himself up for a court referral.

“As soon as the famous person hits the headline the little guys come out to play. They are not going to get to that world or have an impact on that world. So they can only make comments."

She said it could also be motivated by a sense of inadequacy.

"(Lottering could) feel that white people are not in the position they were in and black people are on the ascendency . . . It is almost like everything is reversed for the writer."

Rachel Kolisa said in October that she believes it is worth her time to take a stand against racist trolls‚ not only for her family but "for many others".

"Also a lot of good people saying ignore it‚ it's not worth your time and etc 100% correct there too‚" she tweeted. "I just feel it is worth my time. Not just for my family and I but for many others. #takingastand."

Kolisi's wife did not directly respond to the latest round of hatred directed at her and her husband on Monday‚ but she did share this comment with her followers.

"I won't turn a blind eye. It will not be ignored."

I won't turn a blind eye. It will not be ignored.

The couple can take heart that they are not alone in uniting against racism.

Advocate Malunga has already taken up the cudgels against racism twice so far this month.

The deputy public protector has even suggested racists should leave South Africa to join the extremist Ku Klux Klan in America.

"Cab-rank rule is the obligation of a lawyer to accept any work in a field in which they practice. I would refuse to represent #vanessahartley‚" Malunga tweeted.

"I battled when I studied US constitutional law with the notion that KKK has 1st Amendment rights. Maybe #vanessahartley should go there."

Cab-rank rule is the obligation of a lawyer to accept any work in a field in which they practice.I would refuse to represent #vanessahartley

He stuck to his view‚ even when asked by a follower‚ "But what if‚ upon being apprised of the facts (ie after accepting brief) you discover she was excessively drunk?"

"A drunk racist is still a racist my friend‚" Malunga responded.

A criminal complaint of crimen injuria was lodged against Hartley by Hout Bay Civic Association secretary Roscoe Jacobs‚ after a post on her Facebook page that African people should be tied to a rope and that that they were “like stupid animals“. She later posted a public apology on her timeline‚ saying: “I would like to apologise for comments that were made on Facebook via my phone as my phone was at the bar … and someone thought they were very funny but now they upset me and a lot of people”. Her account was subsequently deleted.

President Jacob Zuma on Saturday commented recent displays of racism in the country indicate that more work must still be done to fight prejudice.

“In this regard‚ we all need to play our part in building a non-racial society‚” he said.

However‚ it also had to be acknowledged that a lot of progress had been made in promoting unity in our country.

“We will not allow a few racists to win the day and take us backwards‚” the president warned.

A National Action Plan to Combat Racism‚ Racial Discrimination‚ Xenophobia and Related Intolerance is being finalised‚ the president said.