France make 10 changes to the team to face the Springboks 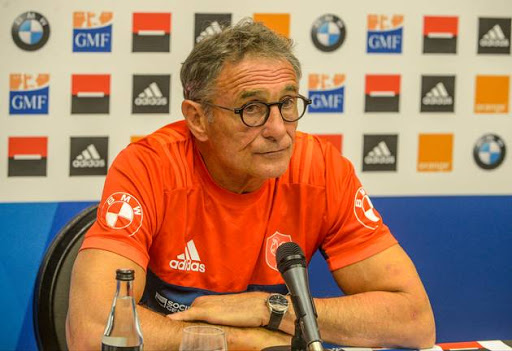 France have made 10 changes to the team that beat Wales in the Six Nations for Saturday's first Test against South Africa at Loftus Versfeld.

As expected coach Guy Noves left the players who featured in last weekend's Top14 final out of the match 23‚ including regular captain Guilhem Guirado.

In his absence towering Toulouse lock Yoann Maestri will lead the side for France's first Test at Loftus against the Springboks since 1980.

With Noves opting to field a more experimental side this weekend‚ it can be reasonably assumed they will mount a much stiffer challenge in the second Test in Durban next week.

Any Tricolores team‚ however‚ remains dangerous.

Noves left the dangerous Baptiste Serin out of his starting line-up‚ preferring the more combative Maxime Machenaud at scrumhalf.

Serin was the regular starter in the Six Nations but Noves feels the physical edge the Boks are likely to bring will be better absorbed by the Racing92 halfback.

Morgan Parra who helped Clermont surge to the Top14 title on Sunday was not included in the touring group.

“Morgan is a very good scrumhalf and he has done very well. We have however opted to work with the three scrumhalves who we have selected.”

The pack is barely recognisable from the one that edged Wales in March. Only Maestri and No8 Louis Picamoles return to the starting line-up from the team that won so dramatically at the Stade de France.

In full anticipation of burning lungs in the second half Noves included South African born flank Bernard le Roux‚ as well as the equally mobile Kevin Gourdon on the bench.

Asked whether it was his brief to win in South Africa given the Springboks poor record last year‚ Noves said: “I will not fall into that trap.