Junior Boks want bronze to do justice to the jersey

The Junior Springboks were straight back to work on Wednesday following their heart-breaking 24-22 loss against England in the semifinal of the World Rugby Under-20 Championships in Tbilisi‚ Georgia on Tuesday. 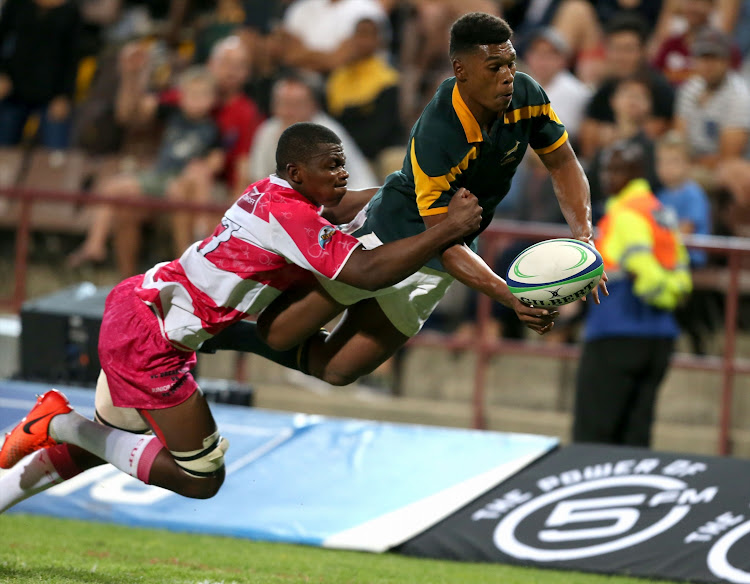 A late try by England No 8 Zach Mercer condemned the Junior Boks to a third consecutive semifinal defeat‚ while England advanced to their fifth straight final.

England will meet New Zealand in the final‚ after the latter beat France 39-26 in the other semi.

SA will take on the French in the bronze medal match in a repeat of their Pool C opening game earlier in the tournament that ended in a 23-23 draw.

The Junior Boks only have themselves to blame for losing to England. They dominated the set pieces and had England under huge pressure at times‚ but were unable to fully capitalise.

Despite the excellent platform supplied by the forwards‚ the backline was unusually error-strewn. Fullback Manie Libbok made a host of howlers‚ flyhalf Curwin Bosch’s tactical kicking was inaccurate and defensively the backs struggled.

Centre Damian Willemse and Libbok both missed tackles on Mercer before he scored the winning try.

Assistant-coach Louis Koen‚ who is also SA Rugby’s acting High Performance manager‚ believes the team would learn from that disappointing experience and pick itself up for the match against France.

“We had opportunities against England‚ but we also had soft moments and could not put them under enough pressure to convert into points‚” Koen said after the match.

“I believe we have all learnt a lot from this experience. There were harsh lessons learned in the match‚ but I know that all of us will take it to heart and we will be better for it in the future.”

Koen stressed that the campaign was not over yet and said the team still had an opportunity to finish the tournament on a high note by securing the bronze medal‚ and he was excited by the prospect.

“We need to continue doing what we have been doing up to now in the lead-up to our final match‚” said Koen.

“We believe in our structures‚ and we are on the right track and growing as a team. Our forward play‚ especially‚ has been phenomenal‚ and when our backline fires they are exceptional. So we have to go back to the drawing board and improve.

“We still have a lot to prove and to play for‚ so once we put the England match behind us‚ we will lift our heads‚ be positive and look forward to the France game. All of these players want to do justice to the Springbok jersey.”