Fleck plans to keep Under-20 star Willemse at flyhalf 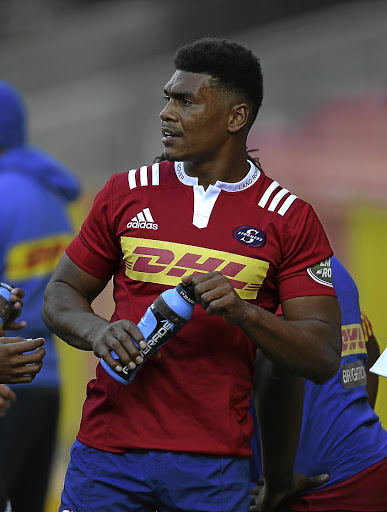 Stormers coach Robbie Fleck said he will be using Under-20 star Damian Willemse as a flyhalf only after the pivot delivered an assured performance in his first start against the Cheetahs on Saturday.

While all the plaudits were deserved for hattrick hero Cheslin Kolbe‚ whose tries and four conversions contributed to the Stormers' 40-34 win‚ Willemse constructed an excellent touchdown for himself when the Cheetahs were down to 14 men.

Willemse was used as an inside centre in the World Rugby Under-20 Championships where the Junior Boks finished third behind winners New Zealand and runners-up England.

With their win the Stormers have all but sealed a play-off spot where they will be hosting one of the New Zealand sides when that cut-throat conference is decided in two weeks time.

“We see him as a flyhalf and that's where he played at school level‚" Fleck said.

"He's a young kid with lots of talent and there were some brilliant touches from him.

"There were one or two mistakes but that's to be expected from him because he's young. For him to performance at this level was a big ask away from home and he's delivered.

“We had qualified but we had a lot to gain from this game.

"There's the issue of complacency and not getting things right.

"There's a lot we can take from this game with some of the work on being our defence.

"I don't think it was 100 percent throughout the game and we let in some soft tries.

"If we want to go further in this competition‚ those are the things we need to sort out. Our discipline let is down and that let the Cheetahs back into the game.”

Stormers captain Frans Malherbe had a decent outing at tighthead but lavished serious praise on Kolbe‚ who will be leaving the franchise at the end of the tournament.

Kolbe was everywhere‚ his goal-kicking match-winning and a titan on defence despite his small size.

“The time Kolbe spent with the Sevens has given him experience with the boot and he was phenomenal today.

"We'll definitely miss him because he's an outstanding player and he hardly has an off day. It's sad to know that he's leaving‚” Malherbe said.

With the Stormers having struggled in Bloemfontein‚ Fleck said they will be missing their trips to the interior in the event of the Cheetahs being cut from Super Rugby.

“We always know what it's like here and my heart rate will go down a bit.

"We will miss playing here because we've got fans here and the rugby we've played here has been good.

"We wish them well if they are out in terms of what happens next year‚” Fleck said.