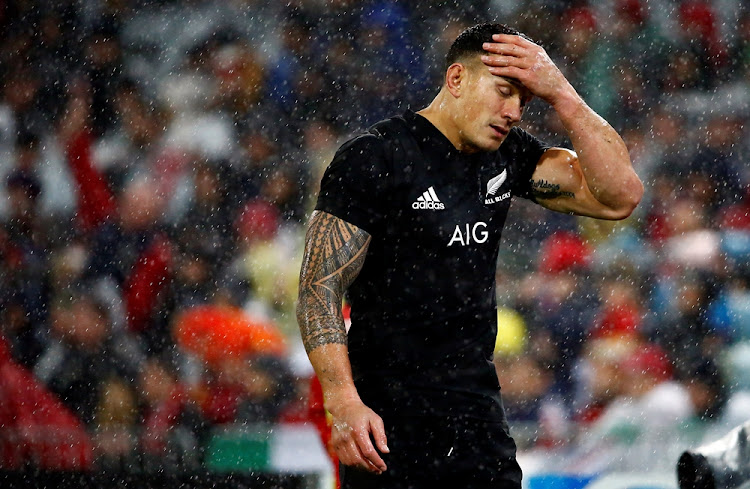 All Blacks centre Sonny Bill Williams has been suspended for four weeks and will miss the third and deciding test against the British and Irish Lions at Eden Park in Auckland next Saturday.

Williams was sent off for a dangerous shoulder charge on Lions winger Anthony Watson during the second test, won 24-21 by the visitors to level the series at 1-1, at Wellington Regional Stadium on Saturday.

"Just finished my hearing, ended up getting four weeks," Williams told reporters outside New Zealand Rugby headquarters in Wellington on Sunday. "Obviously really disappointed, but happy with being able to get in there and say my piece.

"They've come to the conclusion that it was reckless, it wasn't intentional.

"I've got in contact with Anthony and I've apologised to him, but very disappointed that I was sent from the field last night and let my brothers down."

All Blacks coach Steve Hansen had earlier called Malakai Fekitoa into the squad in anticipation of Williams receiving a ban and explained how upset the centre had been to receive the red card.

"He's disappointed, not for himself, he accepts that he's made a mistake," Hansen said.

"He's disappointed because he's let the team down.

"One of the biggest mantras in our team is that the team comes first and he knows he let the team down.

"But we can't go back and change it either. People make mistakes. It's a fluid game, it's a fast game and unfortunately he's made a mistake so we have to move on from it."

Williams was just the third All Blacks player to be sent off in a test match, with Cyril Brownlie the first against England in 1925.

Colin Meads was also sent off in 1967 against Scotland at Murrayfield in Edinburgh.