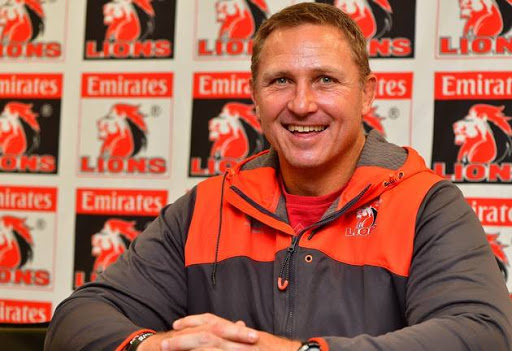 They may be Super Rugby's Africa conference winners but the Lions' job is far from done‚ says coach Johan Ackermann.

His side confirmed their status as local standard bearers with a 94-7 demolition of the hapless and toothless Sunwolves at Ellis Park but the coach remained firmly grounded.

“It is an achievement that we are proud of but nobody will remember that in a few weeks time.

"They only remember the guys who lift the Super Rugby trophy.

“Before we can get there‚ there are some tough challenges ahead. We still have a lot of work to get through before we can even think about that trophy.”

In the build-up he challenged his players to maintain their voracious appetite for excellence‚ even if the opposition isn't up to the challenge.

They registered the highest points haul by a South African team in Super Rugby‚ but just missed out on beating the Crusaders' 96-point haul against the Waratahs.

They also tantalisingly fell short of the setting a new benchmark for the biggest margin of victory which still belongs to the Bulls in their epic 92-3 mauling of the Reds.

They were oblivious to the content of the record books.

“We weren't even aware of that until Courtnall (Skosan) told us an interviewer had asked him.

"We just wanted to play a good standard of rugby.

"We just wanted to be positive and score tries. That is what we stand for.

“One can always argue about the challenge and the opposition you got‚ but the good thing for us is that there was decent structure and decent rugby played.

"I believe the intensity was high regardless of what they gave us. The game was fast.

"The rucks were fast and the skill level was high. On two occasions we didn't look after the ball but in general the speed was as high as it can be. Well done to the players for keeping that intensity.”

The bench made quite an impact.

The Lions sat pretty at 35-0 up at the break but they managed to add an additional 59 points in the second half.

To compound matters for the tourists Faf de Klerk made an electrifying contribution off the bench‚ while Lourens Erasmus bashed his way into the clear.

“We saw a massive impact from the bench‚” noted captain Kriel.

“The intensity just lifted. That just inspires you to play harder‚ quicker‚ and for your teammates. I'm overwhelmed‚ the guys really made me proud.”

“To take off your first choice flyhalf and play Faf (de Klerk) there and Kwagga (Smith) on the wing and get through the game with no injuries is pleasing.

"Now the guys that need to get rest will get that. Every body will be 100 percent where they have to be physically‚” said Ackermann about the two week break before the Lions go to Durban for their last league match against the Sharks.