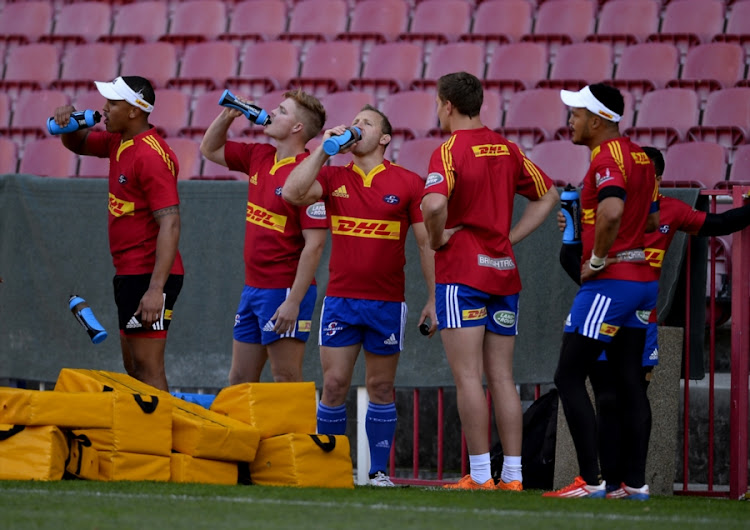 After being mauled by the Lions‚ the hapless Sunwolves are set to be run over by a ‘Trokkie’ (small truck) when they take on the Stormers at Newlands on Saturday.

Stormers coach Robbie Fleck named Junior Springbok and World Under-20 player of the year Juarno Augustus‚ or ‘Trokkie’ to his mates‚ at blindside flank for the match.

Augustus’ unsurprising debut for the Stormers has come about after Sikhumbuzo Notshe and Kobus van Dyk sustained knee injuries in training this week‚ but even so it could be the beginning of a long relationship with Super Rugby for the abrasive youngster.

As far as Super Rugby goes‚ it’s a gentle introduction to the tournament against a team that showed little appetite for tackling on their way to a 94-7 loss against the Lions at Ellis Park last week.

The Sunwolves missed over 50 tackles‚ an embarrassing statistic at the supposed summit of the sport‚ and if their attitude and technique is as limp against the likes of the hard-running Augustus‚ they will be in for another long session.

One of the features of Augustus’ play at the recent World Rugby Under-20 Championships in Tbilisi where SA finished third‚ was his ability to break tackles.

He was the tournament’s leading try-scorer with seven in five matches and was also responsible for giving his team plenty of go-forward ball as he smashed defenders out of his path.

It’s a role the Stormers hope he can reprise at senior level. “I don’t think it is a big call to play Juarno at all‚” said Fleck.

“I would call it an exciting selection. He was outstanding for the national under-20 team and we are very excited to see how he goes.

"He did play No 8 for the Junior Boks‚ but he played between seven and eight‚ and he can be very effective when he comes around the corner from blindside flank from a ball carrying point of view.

After much speculation SA Rugby on Friday will confirm what has been widely reported over the past two months – that the Southern Kings and Cheetahs ...
Sport
5 years ago

"We are very comfortable with this selection and he adds to our loose-forward options‚ both for the play-offs and beyond that.”

For Augustus‚ playing alongside captain and in-from Siya Kolisi will be a boost. Kolisi returns after sitting out last week’s 40-34 win over the Cheetahs.

And things will only get tougher for the Sunwolves as Bok lock Eben Etzebeth is also back in the second while Bok centre Damian de Allende returns from injury for his second start of the year.

Dillyn Leyds moves to fullback to cover for the injured SP Marais‚ which gives Blitzbok star Seabelo Senatla the chance to start on the left wing.

Flyhalf Damian Willemse‚ one of Augustus’ Junior Bok teammates‚ will have another chance to build on his promising performance last weekend while centre EW Viljoen also returns to the starting lineup after being benched last week.

With centres Juan de Jongh‚ Shaun Treeby‚ Huw Jones and Dan du Plessis all out injured‚ Dan Kriel is among the reserves for the match.

Bulls coach Nollis Marais will wait until later in the week before deciding on whether to play wingers Jamba Ulengo and Travis Ismaiel in their ...
Sport
5 years ago