These Lions play with pride and passion 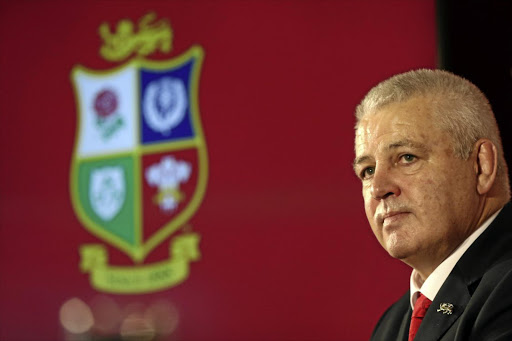 The third and final Test between the British and Irish Lions and New Zealand in Auckland on Saturday has been likened to a Rugby World Cup final because the Lions series comes around only once every four years.

I have spent the past week in London with London Irish, and the expectation of a Lions series victory is high in the UK after they clinched the second Test.

The Lions' tour of New Zealand, for the first time since 2005, has proved to be an amazing series, primarily because Warren Gatland's team are better than everybody thought they would be.

Many pundits predicted that New Zealand would complete a 3-0 series whitewash, but the tourists clearly had other plans. They managed to snap the All Blacks' 47-game winning streak at home. Even if the Lions fail to win the three-Test series, they have underlined that the Lions model should be kept alive moving forward.

Some people are against Lions tours, and there has been talk that their days are numbered on a congested rugby calendar.

However, on the back of the Lions' ongoing tour to New Zealand, I would beg to differ. Playing for the Lions is a privilege for any professional player and is rugby's equivalent of the Ryder Cup. When the Ryder Cup comes along, golfers bend over backwards to be part of it, and the same goes for the Lions series.

Having played against the Lions in 1997 for my province, the Free State Cheetahs, I can attest to the fact that the emotion and passion is higher than ever. And if you asked the Lions players whether they would play without pay, I'm sure they would respond in the affirmative.

The Lions deserve credit for the way they took the game to the All Blacks in the second Test. Prior to Sonny Bill Williams' sending off, and subsequently playing against 14 men, the visitors would have been buoyed by the fact they made metres on attack and got in behind the All Blacks.

Much has been made of the Lions' defensive effort and the fact that they managed to keep the All Blacks tryless for the first time since 2014. While the Lions' hard press on defence was a notable feature of the second Test, I was even more impressed with their attacking endeavour. The All Blacks are an amazing rugby side and remain the best in the world. However, the Lions managed to pick up space against them, and there were definitely signs at the Cake Tin that there are some areas where the hosts can be vulnerable.

But Gatland's comments this week, in which he pointed out that "we haven't seen the expansive rugby that the All Blacks are known for", could backfire spectacularly on Saturday. The All Black camp may regard those remarks as an insult, and it could spur them on offensively, because they pride themselves on being the best attacking team in the world. On the flipside, it could work in the Lions' favour if the All Blacks play too much rugby.

Gatland dangling a juicy carrot in front of the All Blacks means that he is backing his defence to keep New Zealand's attacking threats at bay, but it's always a big gamble poking the bear.