Bulls go down to Stormers at Loftus 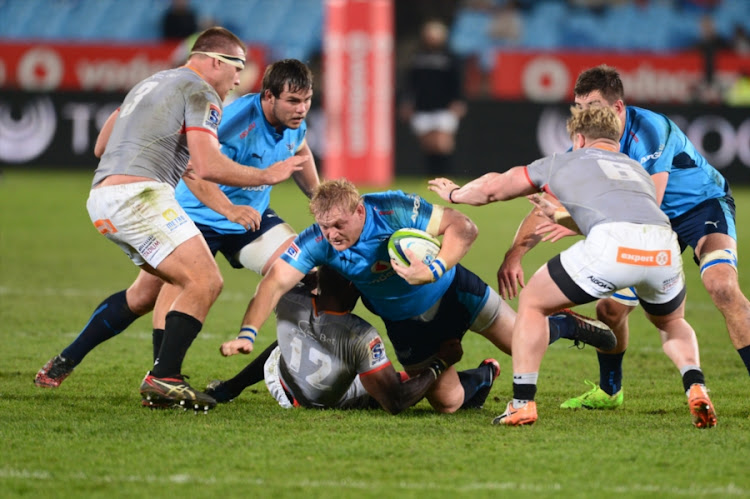 Bulls ended Super Rugby season with their 11th defeat of the campaign after they were beaten 41-33 by the Stormers in Pretoria on Saturday afternoon.

It was a disappointing end to a campaign that promised much for the Bulls given the quality of their squad but delivered only four wins out of 15 and the sacking of coach Nollis Marais midway through the season.

This season, where they have lost five out of eight matches at home, will go down as the poorest for the Bulls since 2002 where they went the entire season without winning.

For the visitors, they came into this clash already qualified for the knockout stages of the competition where they will face the Chiefs at Newlands in Cape Town on Saturday.

Bulls opened the scoring through Jason Jenkins after seven minutes when he touched down despite attention from a few Stormers defenders and Tiaan Schoeman converted after the decision was confirmed by the TMO.

Bulls’ lead did not last long as two minutes later Chelsin Kolbe evaded six tackles on his way to scoring a try and Damian Willemse easily found the middle of the poles as the score remained tied 7-7.

Stormers increased their lead in the 15th minute through Sikhumbuzo Notshe but Willemse failed to convert and shortly after that the Bulls responded with a try of their own by Duncan Matthews which was converted by Schoeman.

Bulls increased the lead just before the hour mark when after an attacking move, Matthwes offloaded to Jesse Kriel who ran to touch down under the poles and Schoeman kicked his third conversion.

After a spell where both teams tested each other, Bulls captain Adriaan Strauss was penalised for a high tackle on EW Viljoen in the 32nd minute and Willimse scored a penalty.

Stormers took the lead a few minutes after Willimse’s penalty with a try by Dillon Leyds which was unconverted and they held on to go to the break with a narrow 22-21 lead.

Bulls were reduced to 14 men after Conrad van Vuuren saw yellow for a high tackle on Leyds after 52 minutes and the Stormers took immediate advantage of their numerical supremacy with Siya Kolisi scoring a try that was converted by Willemse.

On the hour mark, Leyds released the ball to Willemse and got the better of backtracking Bulls defender Warrick Gelant to score the Stormers’ fifth try of the afternoon which he failed to convert himself.

In the 65th minute, substitute Piet van Zyl scored a try on the corner for the Bulls and Schoeman failed to convert from a tight angle but two minutes later Kriel intercepted a loose ball to score his second of the afternoon which was converted by Tony Jantjies.

With two minutes left in the clock, Senatla scored Stormers’ sixth try of the afternoon that was converted by Kolbe to put this match beyond any reasonable doubt.