The Bulls to use this year's Currie Cup to regain confidence 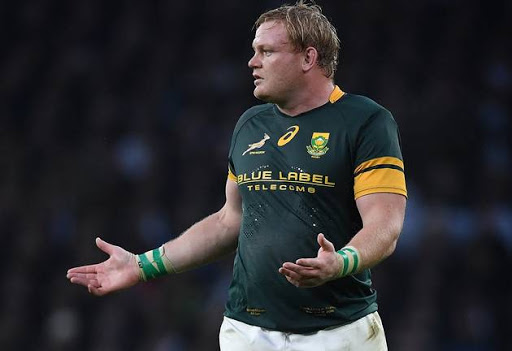 The Blue Bulls must use this year's Currie Cup to regain confidence‚ says their Super Rugby captain Adriaan Strauss.

The Bulls finished the Super Rugby campaign sitting second from the bottom in the South African group with eleven losses and only four wins. It was their worst season since 2002 when they went the entire season without winning.

The Bulls were forced to announce the demotion of coach Nollis Marais to the Currie Cup midway through the season and he will be replaced by well-travelled John Mitchell on Monday.

“Things didn’t go the way we wanted this season‚" said Strauss after the Bulls were beaten 41-33 by the Stormers in their last match of the season at Loftus on Saturday.

"There were three or four matches that I feel we should have won and with that comes pressure. The season also did not end the way we wanted to but there are a lot of positives as well.

"I think the Currie Cup will be important for us to get confidence up again‚ to settle in as a team and the way we want to play.

"I am still very positive because there is a lot of talent in the union and it is how we fight back from now.”

Bulls coach Marais echoed Strauss and said it was a bad season.

They focus on the Currie Cup‚ which starts with a potentially tricky clash against the Griquas in Kimberley on Saturday.

“Obviously we are very disappointed‚ it was never what we wanted and that is what I am going to say‚” said Marais after the loss to the Stormers.

“There is a huge difference between playing expensive rugby and offloading the ball everywhere but you have to beat the territorial game.

"A lot of people think that New Zealand sides just run the ball‚ they play in the right areas.

"That is still the balance we are looking for and obviously it is something that I am going to be hard on the players in the Currie Cup.”