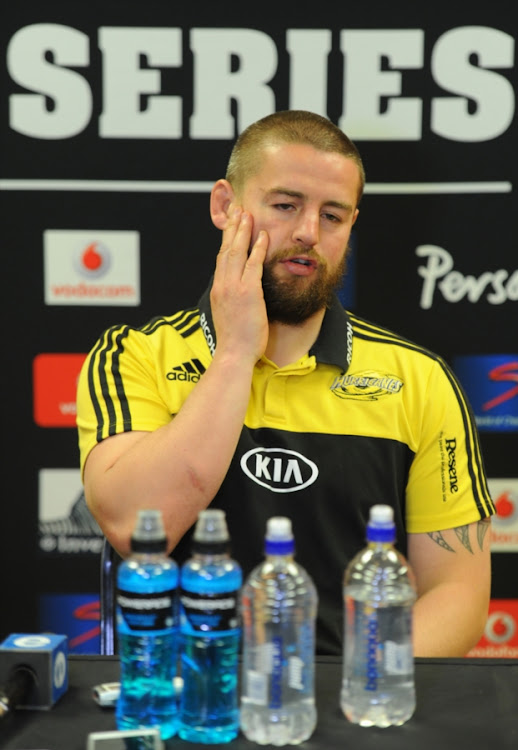 Lions coach Johan Ackerman credited Kwagga Smith’s try-saving tackle on Jordie Barrett after 25 minutes and Jacques van Rooyen’s touch-down on the stroke of half-time as the cornerstones of their 44-29 win over the Hurricanes on Saturday.

Smith’s tackle stopped the Hurricanes from pulling away and Van Rooyen’s try that was converted by Elton Jantjies just before the break reduced the Hurricanes’ lead to 12 points at the break.

“It felt like we can score before going to half time and that happened‚" said Ackerman after the Lions booked a place in the final against the Crusaders at Ellis Park on Saturday in what will be his last match for the franchise.

"22-10 sounded better than 20-3 and at half time we did not change much but said we are going to be more direct. I asked the players to lift the intensity‚ forget the score and just play 40 minutes of good rugby.

"The players put the first half behind them and they played great rugby.

“I have wanted to finish here in front of our supporters and on our own field. This journey has been special over the past few years and I want to thank the players‚ management and the Lord for blessing us.

"The supporters lifted us and when the tries came you can feel the energy and it was an amazing day.”

Hurricanes coach Chris Boyd agreed with Ackerman that Van Rooyen’s try made a huge difference in the match as it went a long way in swinging the momentum in favour of the Lions.

“They scored a try just before half time which I believe gave them the momentum‚ in the second half they got the belief and the crowd got behind them which swung the momentum heavily.

"They scored a couple of tries and we could not stay in the tie‚” said Boyd.

Given the manner that the Lions have played throughout the season and in the knockout stages‚ Hurricanes captain Dane Coles has tipped them to go all the way and win the trophy against the Crusaders.

“They are a quality side and they deserved to finish top of the table.

"You can tell they have got great belief in their team and they never gave up.

"I am pretty sure they can go all the way and win the competition‚ they deserve to have a home final and it's going to be a hell of a game next week‚” Coles said who was gracious in defeat.