'I want to walk away having seen a full Ellis Park': Johan Ackermann 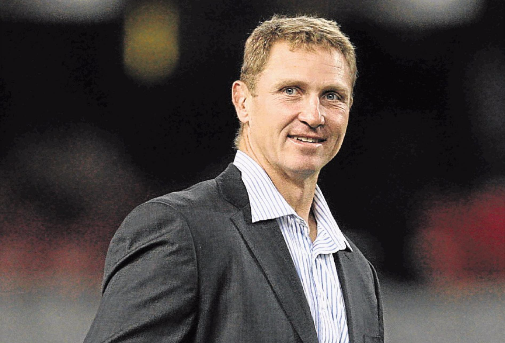 It is outgoing Lions coach Johan Ackermann’s last wish to see a full Ellis Park when his side takes on the Crusaders in the Super Rugby final on Saturday.

The match will be Ackermann’s swansong before he departs to coach English side Gloucester.

“I want to walk away having seen a full Ellis Park. You can’t ask for better. To see 60 000 people here would be the ultimate‚” said the coach after guiding his side to a second consecutive Super Rugby final with a 44-29 victory over the Hurricanes.

“It feels unreal because it is something I always hoped for‚ that the day I finish here will be at home in front of our fans. It’s been 10 years since I experienced disappointment as a player in a final‚” said Ackermann in reference to the Sharks’ last gasp defeat against the Bulls in Durban in 2007.

He came close as a coach last year when they lost the final in Wellington but the Lions’ prospects of winning this time look a lot more promising. Hurricanes captain Dane Coles ran the rule over the advantages of home comforts in play-off matches.

“Being at home for the Lions is a big factor. They don’t have to travel and they’ve got all this support at home.

“It’s pretty huge. We had a few games at home last year and the crowd played a part in bringing you home. There’s nothing better.

“They’re a quality side and they’ve got great belief. I’m pretty sure they can go all the way and win the competition.

"They deserve to have a home final and it’s going to be a helluva game next week.”

In the same breath‚ however‚ Coles pointed to the resourcefulness of the canny Crusaders.

“The Crusaders is a pretty experienced team. There are some All Blacks boys who have done a lot of travelling.”

Hurricanes coach Chris Boyd also pointed to the edge you get from hosting play-off matches but he sees a more even contest.

“The team sitting at home‚ not having to travel certainly has an advantage‚” said Boyd.

“The Crusaders have different strengths in different areas than we do. Their strengths are more aligned to the strengths of the Lions‚ I think.

"The guys with the small numbers on their backs are probably going to decide that game. The forward pack that gets the ascendancy will probably win.

“I think it will be a good contest because they’ve both got very good packs. Despite the fact that the Lions play expansive football and score a lot of tries‚ when it comes down to the real key part of the game it will be around the battle of the packs.”

Ackermann looked inward when asked about the final. “All we can do is focus on ourselves. We’ve got a lot o belief. “You have to be able to repeat a performance like we had in the semi to be able to have a shot. The belief is always there regardless of who we play‚” said Ackermann.

The coach does not draw any inspiration or comfort from the Lions’ victory over the Crusaders at Ellis Park in last year’s quarter-final.

“Both sides have changed and both sides have developed more in certain areas. They showed this season that they are a quality side‚ then there is their background and history. That’s all quality.

“They will be physical and in our faces defensively. We have to have the ability to adapt.

“It’s going to boil down to 80 minutes. To refer to last year and what happened then isn’t really going to help us. We have to reset‚ we haven’t really achieved anything yet.

"We haven’t got a trophy. The challenge for us is to train well and start the week refreshed while being aware we are up against a side that will also fight to the end.”