Now Lambie is 'racing his way to Paris' 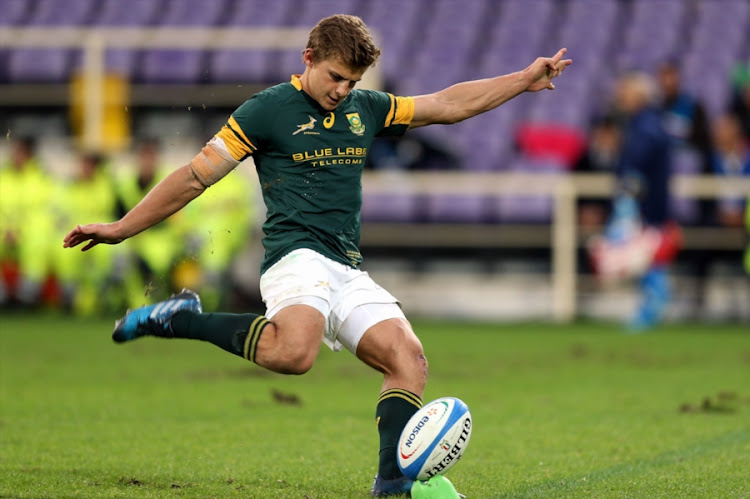 The Sharks have not confirmed the move, but French reports suggest that Lambie, 26, will join the club on a three-year deal.

Lambie and his agent did not respond to queries but the player wrote a post on Twitter that neither confirmed nor denied the move.

"Despite some rumours, I need to get fit and be cleared to play again before making any decisions on the future," Lambie wrote.

It stopped short of being an outright denial, leaving his options open to interpretation.

They also claimed that the player was busy negotiating with the Sharks for an early release.

All Black Dan Carter is Racing's marquee flyhalf, but at 35 his days as first choice appear to be numbered and Lambie would be a suitably high-profile replacement.

But Lambie is also a contracted Springbok and is understood to be locked in with SA Rugby until 2019, which makes a release complicated.

Lambie, who has earned 56 caps for the Springboks, has been sidelined for most of the season due to ongoing concussion symptoms after sustaining the injury playing against the Southern Kings in May.