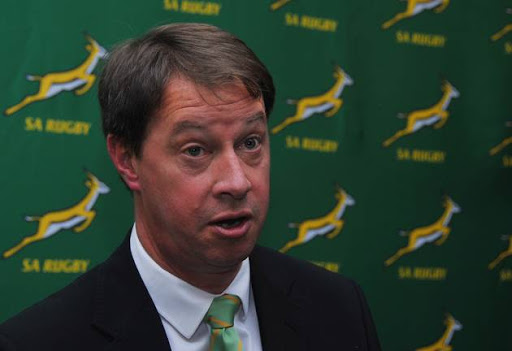 After weeks of speculation‚ the Cheetahs and the Southern Kings have formally been confirmed as participants in the Guinness Pro 14 after the Celtic League made the announcement on Tuesday.

The two South African teams will join clubs from Ireland‚ Wales‚ Scotland and Italy in a 21-game regular season that has been split into two pools of seven teams.

It starts in five weeks’ time.

Traditionally the top seven teams in the former Pro 12 qualified for the European Champions and Challenge Cups‚ but for the immediate future‚ the two SA teams are not eligible for those competitions.

The European tournaments also include teams from France and England and no agreement could be reached on how to incorporate the two SA teams‚ should they qualify‚ and so a compromise was reached.

Jurie Roux‚ CEO of SA Rugby‚ said the decision to accept an invitation to play in the northern hemisphere competition was a ground-breaking move that added a whole new dimension to the South African season.

“This development is as significant as the launch of Vodacom Super Rugby itself back in 1996‚” said Roux.

“It marks the start of a new adventure for rugby in South Africa with a number of exciting opportunities.

"It will not be without its challenges in aligning with a competition in a different part of the calendar and in very different playing conditions; but it is also a fantastic opportunity for South African rugby to widen our playing horizons.”

Harold Verster CEO of the Cheetahs said: “There will be a steep learning curve for our coaches and players but we’re in it to win it.

“This is a whole new ball game for rugby in South Africa and we’re proud to be trail blazers. There is a lot of excitement around the union about the opportunity and we’re already looking forward to kick off.”

Andre Rademan‚ president of the Eastern Province Rugby Union‚ said: “The Kings have been through tough times on and off the field over recent years but we now have the chance to reclaim our status as one of the powerhouses of South African rugby.

“Under difficult conditions and against an unsettled off-field environment the Southern Kings have been on an upward playing curve this season and there is much to be excited about.

“This team represents the heartlands of black rugby in South Africa – a tradition stretching back to the very establishment of the game in this country – and we will bring a unique passion and flavour to the tournament.”

The addition of the Cheetahs and the Southern Kings will require the Championship to introduce a new Conference format as a league format is not suited to a 14-team cross-border tournament.

The PRO14 will adopt a two-conference model which will allows for the new clubs to be added into the Championship without need to add extra rounds in 2017/18.

• Every team to play each other at least once

• All Home & Away Derby fixtures will remain in place

• Italian‚ Scottish and South African teams will play an additional Derby fixture to even out the schedule (e.g. The Kings will play the Cheetahs three times)

The regular season will consist of 21 Rounds‚ which is one game less than the previous format. These Rounds will be made up from a combination of:

- 12 Home & Away games in your team’s conference

The fixture list has been drafted for all 21 rounds‚ this will be confirmed next week (commencing August 7) after the Championship’s broadcast partners have made their selections for live television broadcasts and the clubs have been consulted.

In order to provide travelling teams to South Africa with the best possible preparation‚ games will be fixed for Saturdays.

This will allow visiting teams to have a seven-day turnaround leading into these fixtures including five ‘clean days’ that do not involve any travel.

Flights between Europe and South Africa are overnight which will allow players to rest during the journey while training facilities and accommodation venues are up to the standards expected in Super Rugby.

For teams who are scheduled to play twice in South Africa‚ the aim will be for them to play back-to-back games on a ‘mini-tour’ in one round trip. Where the fixture list prevents this‚ games in South Africa for those clubs will be spread across a reasonable period of time.