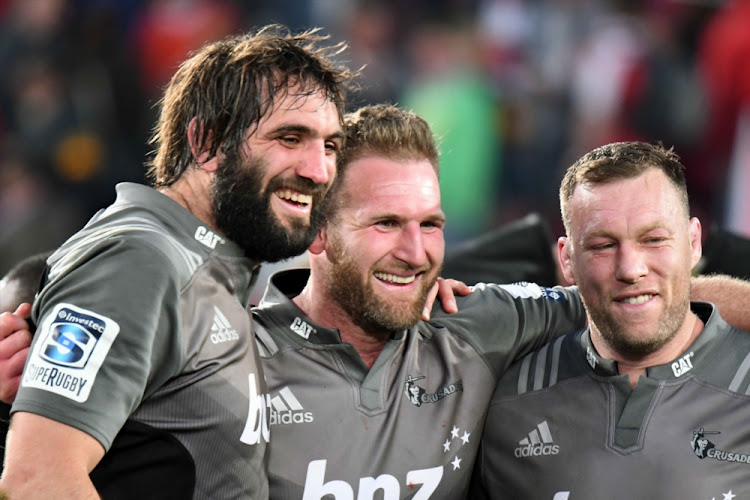 “We create opportunities to create history.”

That was Crusaders’ coach Scott Robertson’s take on his side’s monumental effort in overcoming the travel blues‚ the altitude and a hitherto unbeaten Lions team at home this season.

His side became the first Super Rugby team to win a Super Rugby final having travelled to a different continent when they beat the Lions 25-17 at Ellis Park.

It was as if the Lions were blinded by the spotlight of such an august occasion.

They committed far too many errors and as the shadows lengthened the ghastly realisation set in that it was not going to be the fairytale send off they had hoped to give their coach Johan Ackermann.

Poor handling‚ albeit in the face of some suffocating Crusaders defence‚ a wonky line-out and imprecision at ruck time cost the Lions.

The composition of their backrow proved telling.

In Kieran Read‚ Jordan Taufua and Matt Todd the Crusaders were staffed by men who excelled in their respective disciplines.

Although Ruan Ackermann made some impressive surges the Lions combination did not possess the same dynamism.

Being without Kwagga Smith in the second half further disturbed their balance. Smith was red carded just before halftime when he fouled Crusaders fullback David Havili who was airborne trying to field a kick.

Given the black and white nature of way in which the laws written‚ referee Jaco Peyper had little choice but to banish Kwagga. While Ackermann didn’t challenge the decision‚ but he did suggest that lawmakers consider the impact of such harsh sanction.

Although the Lions toiled valiantly in the second half they could not make up the deficit.

It was a personal triumph for Robertson who won the trophy at his first attempt‚ a remarkable achievement given they had not won it since 2008.

“This was an incredible. We gave the ball back to a 14-man Lions team and had to defend for long periods of time. The last 20 minutes everyone was out on their feet. It just shows how hard it is to get a win here at altitude. The defence won us the championship‚ no doubt.”

“We knew we had to get up early. We knew we could not chase the Lions down with 20 to go. No team has done that. We did what we had to.”

Robertson put part of his team’s success down to their impeccable preparation.

“It was probably the best preparation I’ve ever had with a rugby team. Away from home you spend time together‚ we were diligent and recovered well.”

Robertson noted that the victory would hopefully silence those who have been reminding the Crusaders of their title drought. It also came as a huge relief to captain Sam Whitelock.

“A number of us have been around for eight‚ nine years and never tasted victory. It was awsome being out there looking your mate in the eye and no words needed to be spoken.”

Although Robertson won the competition at his first attempt he felt for Ackermann who has lost two finals in a row.

“I think he’s got to be really proud of what he has achieved. You don’t get 63 000 people turning up if they don’t see the team cares. Everybody knows he’s a good man‚” said Robertson.

A disappointed Ackermann sought the positives. “At 25-3 down and with just 14 players they showed a huge amount of character. I could not be more proud of this team‚” said Ackermann.

The Lions will close this Super Rugby chapter in better shape than they were a year ago. Still though‚ they need no reminding‚ this was a golden opportunity missed.