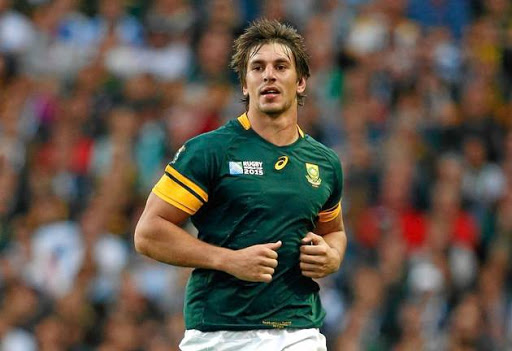 Eben Etzebeth is a tried and tested second rower in the Bok squad.
Image: Supplied

Lock Eben Etzebeth was on Wednesday confirmed as Springbok captain for the opening stages of the Rugby Championship in the absence of Warren Whiteley.

Etzebeth led the Boks in the third Test against France in June after Whiteley sustained a groin injury.

The latter has failed to make significant progress and has been ruled out for a minimum of another six weeks.

Flank Siya Kolisi will be Etzebeth’s vice-captain and could become the first black African to lead the national team if Etzebeth is injured at any stage during the Championship.

The Cheetahs will have a juggling act after it was revealed that they will open their PRO 14 adventure with an away game against Ireland’s Ulster in ...
Sport
4 years ago

“Eben did an excellent job against France in Johannesburg‚ when he had to step in at short notice after the late withdrawal of Warren‚” coach Allister Coetzee said.

“He enjoys the respect of his teammates and also commands respect on and off the field.

“He is well supported by our strong leadership group which consists of Siya‚ Tendai Mtawarira and Elton Jantjies."

Etzebeth has played in 57 Tests since making his debut on 9 June 2012 against England in Durban‚ when he was 20 years old.

The Springboks start their campaign against the Pumas on 19 August in Port Elizabeth and then travel to Argentina a week later‚ for the return leg in Salta.

Scarra Ntubeni to earn his 50th cap for Western Province

Hooker Scarra Ntubeni will earn his 50th Western Province cap when he comes off the bench against Griquas on Wednesday as the tournament is played ...
Sport
4 years ago

The Cheetahs will have a juggling act after it was revealed that they will open their PRO 14 adventure with an away game against Ireland’s Ulster in ...
Sport
4 years ago

Springbok loose forward Teboho Mohoje says the Lions' excellence against the New Zealand franchises‚ despite the loss to the Crusaders on Saturday‚ ...
Sport
4 years ago