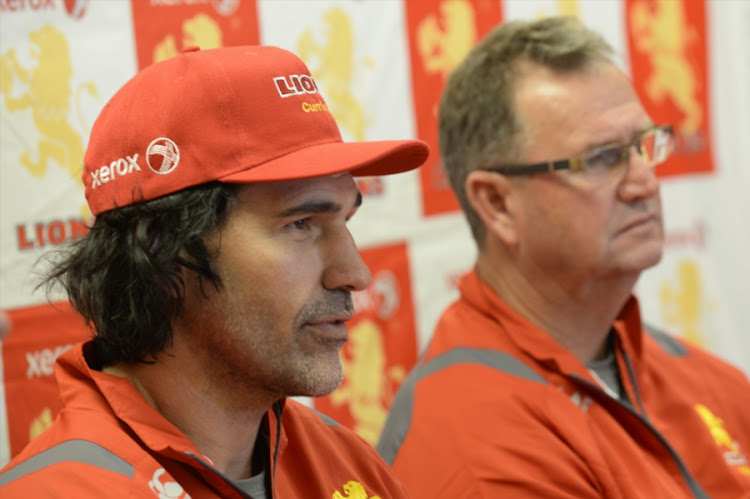 When Victor Matfield got the call to join the Lions' coaching set-up‚ he jumped at it.

Matfield has resumed his long-standing association with new Lions coach Swys de Bruin‚ as forwards consultant for the remainder of the Currie Cup.

He joins just as another former Springbok lock Johan Ackermann has departed the scene.

“Within two weeks of him joining Griquas I had him running the line-outs‚” De Bruin recalled Matfield's arrival in Kimberley in 1999.

“Tukkies didn't really want the bloke. I don't know why. He spent two years with us. He played for the Cats and became a Springbok in Kimberley‚” said De Bruin.

Former Springboks captain Victor Matfield has been appointed as the forwards coach for the Lions.
Sport
4 years ago

“It's like déjà vu getting a call as a 21-year-old from Swys to join him at Griquas‚” said Matfield.

“So there's always been that respect. When he called this time to join him‚ again it just felt right.”

Matfield‚ of course‚ has previously ventured into coaching‚ but this time he is doing it on the greener side of the Jukskei River.

“The culture is so healthy here‚” noted Matfield.

“The respect they have for each other as well as the work ethic and the intensity they trained with.

"It is fantastic. For me as a young coach I think I can learn a lot. They've achieved quite a bit over the last few years.

“This is just a step in the right direction. If anybody asked me with which coach in South Africa would you want to coach‚ I would have said Swys‚” said the former Bok lock.

The Lions also have a new defence coach in Joe Mongalo‚ who guided their u19 side to national honours last year.

He believes there is nothing incongruous about his role in a set-up so devoted to attack.

“We defend with the purpose of getting the ball back to score tries. We want to score as many as possible. We hate thrillers. We don't want 45-34 victories‚” said Mongalo.

De Bruin has to play catch-up.

He took the reins of a Currie Cup team on Monday and that has already slipped to two defeats this season.

“We turn the clock to 0 because that's when the new management started‚” he said.

Lions chief executive Rudolf Straeuli confirmed that there had been a request by flanker Ruan Ackermann to join his father at Gloucester.

“Unfortunately these things happen quickly‚” said Straeuli about that request and hooker Akker van der Merwe's departure to the Sharks.

“There has been a request from Ruan to be released. It is more or less a family decision. The whole family is going to Gloucester. We haven't released him yet.

“There has also been a request from the Southern Kings to loan some players for them to use in the Pro14.” said Straeuli before adding that they will make an announcement in due course.

Lock Eben Etzebeth was on Wednesday confirmed as Springbok captain for the opening stages of the Rugby Championship in the absence of Warren Whiteley.
Sport
4 years ago

The Lions have meanwhile included several of their regular Super Rugby substitutes in their team to play the Sharks in a Currie Cup match on Saturday. Corne Fourie‚ Johannes Jonker‚ Cyle Brink‚ Rohan Janse van Rensburg and Sylvian Mahuza will all feature against the men from Durban.

Lions team to play the Sharks: