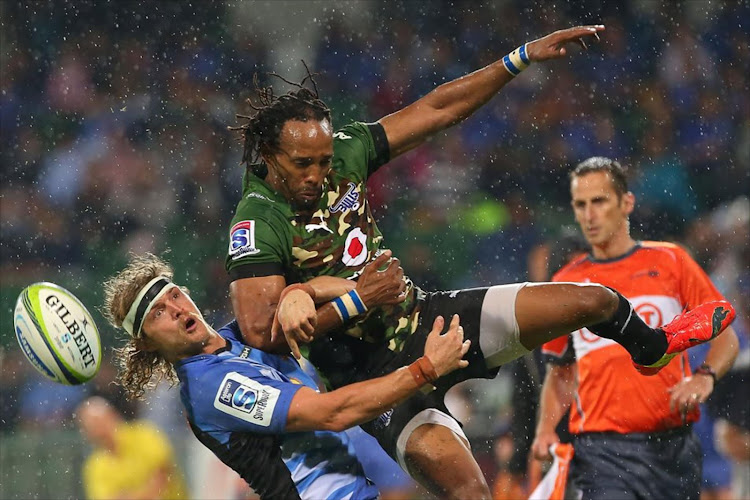 Nick Cummins of the Force and Akona Ndungane of the Bulls contest for the ball. File photo

The Western Force have lodged a court appeal against their axing from Super Rugby, setting up a potentially costly legal showdown that the cash-strapped Australian Rugby Union can ill afford.

ARU announced its intention to cull the Perth-based Force on Friday after committing to fielding only four sides from next season as Super Rugby contracts to 15 teams from 18.

However, the governing body for rugby in Western Australia, Rugby WA, yesterday lodged an appeal in the Supreme Court of New South Wales. The case is to be heard on August 23.

Earlier yesterday a spokesman for the Force and Rugby WA said the team had won an injunction order to prevent ARU from moving to shut down the team but the Supreme Court's media department said no such injunction had been granted.

Billionaire mining magnate Andrew Forrest, who has publicly backed the Force and warned ARU that he would be first in line to fight any decision to axe the side, was named in the court order.

"It is one small, moral victory in the long battle to save this great team but it is a good one to have over those who have shown total ruthlessness towards the players and the proud rugby community that stands behind them."

The union had said in April it would cut either the Force or the Melbourne Rebels because of economic pressures and concerns about the competitiveness of the Australian teams.

The battle over the Force's future threatens to disrupt governing Sanzaar's plans for the new Super Rugby season and overshadow the Wallabies' Rugby Championship campaign.

Sanzaar was proceeding under the assumption the competition would have 15 teams next season, a spokesman said.

The Force went into arbitration with ARU two weeks ago, seeking to stave off their axing by arguing they had signed an alliance agreement that guaranteed them Super Rugby until the end of the current broadcasting deal in 2020.

But the arbitrator found in favour of ARU, who contended that, with the competition contracting by three teams, a new broadcast agreement would be in place for 2018.

Against a background of widespread dissatisfaction with the 18-team format, Sanzaar earlier this year agreed to remove three sides from the competition. South Africa has already culled the Cheetahs and the Kings, who will move to play in the European Pro league.