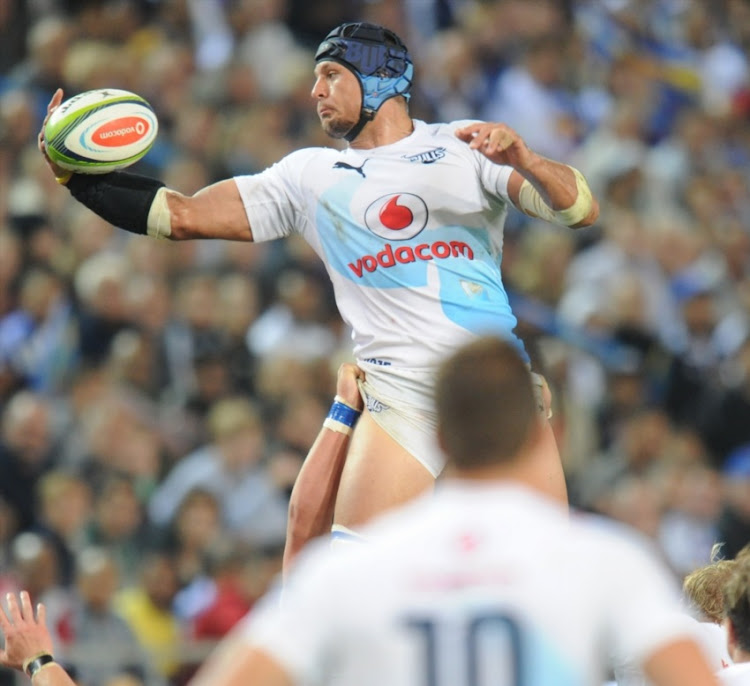 Pierre Spies (Captain) of the Bulls during the Super Rugby match between DHL Stormers and Vodacom Bulls at DHL Newlands Stadium on April 25, 2015 in Cape Town.
Image: Gallo Images

Former Springbok and Bulls No 8 Pierre Spies retired from rugby on Monday after a frustrating and injury-plagued last 12 months.

Spies‚ 32‚ did not have his contract with French club Montpellier renewed after South African coach Jake White left at the end of the 2016/17 season.

He also earned 53 caps for the Springboks as a looseforward‚ although he did come off the bench and play wing in the third Test against British & Irish Lions in 2009. Spies replaced Jongi Nokwe in the 64th minute.

His athletic ability saw him start out his international career as a wing for the SA under-19 team in 2004.

He made his Test debut against Australia in Brisbane in 2006. It’s a day that went down in infamy as the Boks lot 49-0.

Spies was selected for the 2007 World Cup‚ but had to withdraw because of blood clots in his lungs.

“As a professional rugby player‚ I have thought a lot about this day. It is a moment every player is destined for‚ and yet you cannot control how and when you accommodate it in your life‚” Spies said in a statement.

“Much speculation has been going around the past two months about my rugby career and the way forward.

“This statement confirms my retirement from all forms of rugby. It has been a wonderful journey and one I will remember for the rest of my days‚ but it is the end of a chapter in my life.

“I could’ve continued playing rugby but I’ve decided to stop my career because I believe it’s the right time to start the next chapter of my life.

“There are many things that motivated me to make a decision like this – family‚ faith‚ future‚ and my purpose.

“I believe I can make an impact in this world and have a passion for sharing my faith‚ encouraging youth and caring for the poor and broken in society.

“I’m looking forward to the next chapter of my life filled with excitement and wonder – and I believe the best is yet to come!” - TimesLIVE