Why has the Currie Cup become a try fest? 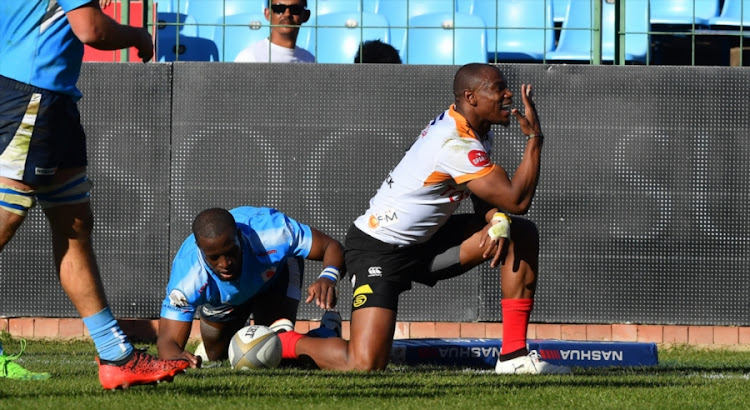 That has been the case through the first six rounds in the Premier Division and the First Division got in on the act in their opening weekend in which defence was as porous as the Wall in the Game of Thrones.

A staggering 13.25 tries were scored on average in the four First Division games.

Habitually letting the enemy in comes at a cost. Just ask Nollis Marais.

His Blue Bulls team leaked too many tries and the final straw came when the Cheetahs pipped them at Loftus in the 85th minute two Saturdays ago.

It cost Marais his job.

Springbok captain Eben Etzebeth is relishing the leadership role that was thrust upon him earlier this year when Warren Whiteley was ruled out ...
Sport
4 years ago

He was still trying to fathom his team's latest defeat when he got asked why defences have been so poor.

“It's not an attitude problem‚” he was quick to point out.

“It's not a system thing either‚ the guys just make individual mistakes‚ especially the young guys who are getting used to the Currie Cup. They make mistakes when they are under pressure.”

He explained that the application of the laws has also stacked the odds against the team on their heels.

“I think everybody is trying different line speeds. If you miss one tackle they get behind you and you are going to be in trouble all the time.

"When a guy breaks the line you cannot play from the tackle side any more‚ you have to get onside first.

Flyhalf Handré Pollard was a surprise inclusion in the Springbok squad for the Australasian leg of the Rugby Championship named by coach Allister ...
Sport
4 years ago

"If a guy breaks the line you can't just steal the ball if you're the tackler. You have to come through the gate and that makes it difficult.”

The Lions' defence has also been under the cosh in the Currie Cup.

They are rock bottom in the Currie Cup‚ which is quite a climb down when you consider the same franchise boasted the best defence in Super Rugby.

JP Ferreira presided over the defence then and he was moved back to that role before last weekend's defeat against the Cheetahs.

“We reverted back. We had tackle completion rate of 78 percent before that game and one of 92 percent in that game.

“We have a group of young players and it takes time for them to become accustomed to the system. The Blue Bulls have a similar situation.”

Cheetahs director of rugby and current Springbok attack coach Franco Smith believes that South Africans will be pleasantly surprised by the standard ...
Sport
4 years ago

The Lions are without 19 players who did duty in Super Rugby. Ferreira explains the survivors from that campaign also have to play catch-up.

“The 19 who aren't here played all the time. The other guys were either on the bench or on the periphery of the squad. They too have to get up to speed in terms of game time.”

Ferreira said the whip had been cracked this week and the Lions should be a in better shape when they run out against the Pumas at Ellis Park on Saturday.