Sharks can pounce against depleted Cheetahs 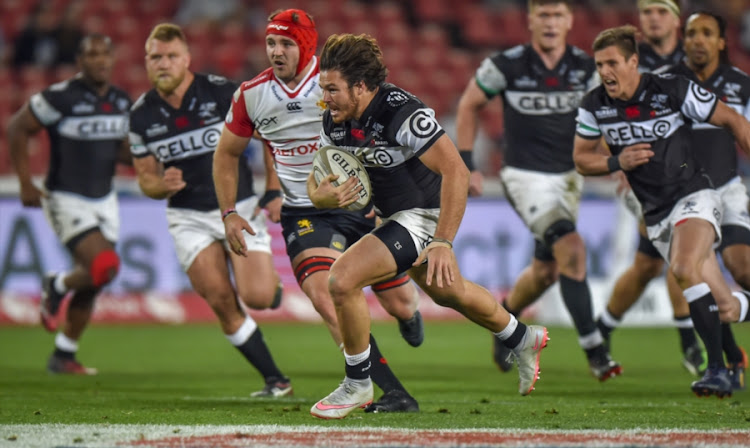 The Sharks have a golden opportunity to move to the top of the Currie Cup standings this weekend when they take on a depleted Free State Cheetahs in Durban.

Despite topping the standings on 25 points after six rounds‚ the Cheetahs will go into this match with a second-string side as they make their PRO 14 debut in Belfast 20 hours earlier.

Juggling two tournaments and effectively two squads‚ will test the Cheetahs’ depth and resolve‚ and it gives the high-riding Sharks‚ who have 24 log points‚ a chance to pounce at a critical stage of the campaign.

Wing Kobus van Wyk is likely to be the only casualty from last week’s 21-20 win over Western Province at Newlands when coach Robert du Preez finalises his team.

Van Wyk is set to be replaced by veteran Odwa Ndungane.

Springbok coach Allister Coetzee has a strut in his step and a twinkle in his eye again after a string of positive results have seen him fight back ...
Sport
4 years ago

The former Bok wing came on for Van Wyk midway through the first half against WP and put in a strong performance‚ which impressed coach Du Preez.

“He brings great experience and leadership‚ which is important for us.”

The Sharks have four home games out of their next six‚ having played most of the first part of the Currie Cup campaign away from King’s Park. And they have still managed five wins from six games.

“We are in a good position but we’re not going to get ahead of ourselves‚” Du Preez said.

“We will still take it one game at a time because we have some tough games.

Why has the Currie Cup become a try fest?

Poor defence has reduced the Currie Cup to the one-for-you‚ one-for-me‚ scoring patterns more prevalent in basketball.
Sport
4 years ago

“The Cheetahs at home will be tough and then we have the Griquas and the Pumas away.

"Both those sides have been playing well‚ so we’ll have to be at our best as well.”

While the coach has been happy with his side’s overall displays in the tournament he believes there are some areas where they could be better.

“We’ve struggled with our exits for much of the campaign‚ although those have gradually improved‚” he said.

“We also need more patience on attack because we create a lot of opportunities. We just have to hang on to the ball a little more and take it through multiple phases.

The Southern Kings named an inexperienced squad to be captained by hooker Michael Willemse for their opening two weeks of PRO 14 rugby.
Sport
4 years ago

“We have some youngsters in the tight five and we are still working on the scrums‚ but they have done fine so far.

"That’s what’s great about the Currie Cup. We have the opportunity to blood youngsters.”

The Blue Bulls take on Griquas on Friday night and the struggling Golden Lions meet the dangerous Pumas on Saturday.