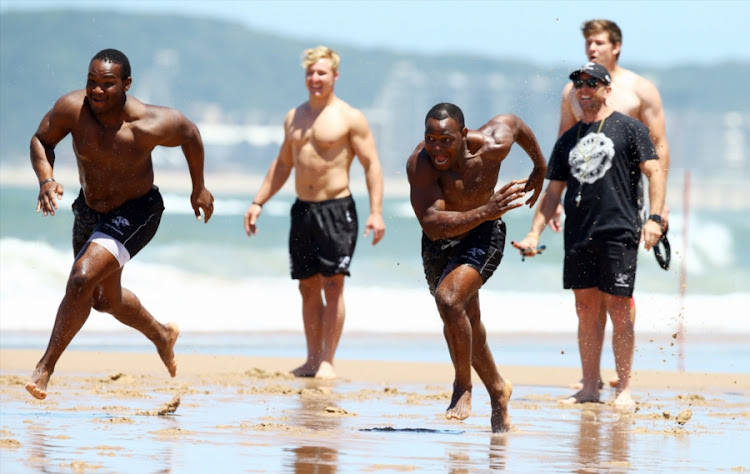 The Sharks have lost momentum at a critical time while the Currie Cup’s other three remaining teams all go into this weekend’s semi-finals with buoyed confidence after good wins.

Western Province are still beaming after fighting back from 13-3 down against the Sharks to win 31-20‚ which booked a home semi-final against the Golden Lions.

The Blue Bulls have also sneaked into the last four after beating the Pumas 52-32 on Friday‚ which also gives them an extra day of rest before facing the Sharks in Durban.

The Sharks won 10 matches in a row before losing to WP‚ and while it was a dead rubber for them with a home semi already sewn up‚ coach Robert du Preez was unimpressed with how they let a healthy halftime lead slip.

"Although we were up on the scoreboard‚ we were just going through the motions‚" a disappointed Du Preez said after the WP match.

"That obviously resulted in going into the second half and thinking we could still go through the motions and then they started playing proper rugby and put us under a lot of pressure.

"We have no excuses. You can't take any game for granted and just think that you can pitch up and go through the motions... that's the bottom line. "Quality sides‚ when they're 13-3 up at half-time‚ put other teams away."

WP coach John Dobson praised his team’s fighting spirit but wasn’t getting too carried away and he knew the Sharks were already looking ahead to the semis.

“I was impressed with the Sharks’ intensity‚” Dobson said of their first half showing.

“It was a dead rubber for them‚ so we were in a lot of trouble with the sheer physicality and momentum they were getting.

“I thought we got a bit bullied early on and we weren’t getting yards in our carries. With the way the Sharks were playing so directly‚ we needed to get more direct ourselves and that happened in the second half.

“Neither side played with much fluidity on attack‚ it was always going to be a big‚ physical fight and I’m pleased with the way we stayed in it.

“We were just more desperate than them because we had to get a home semi. I was really pleased with the way we survived the onslaught from which I think is the best team in the competition.”

He was most pleased with his team’s latest win which resulted in qualification for the Currie Cup semi-finals‚ but Golden Lions coach Swys de Bruin ...
Sport
4 years ago

Western Province scripted a remarkable second-half comeback to book a Currie Cup home semifinal with a 31-20 victory over the Sharks at Kings Park ...
Sport
4 years ago