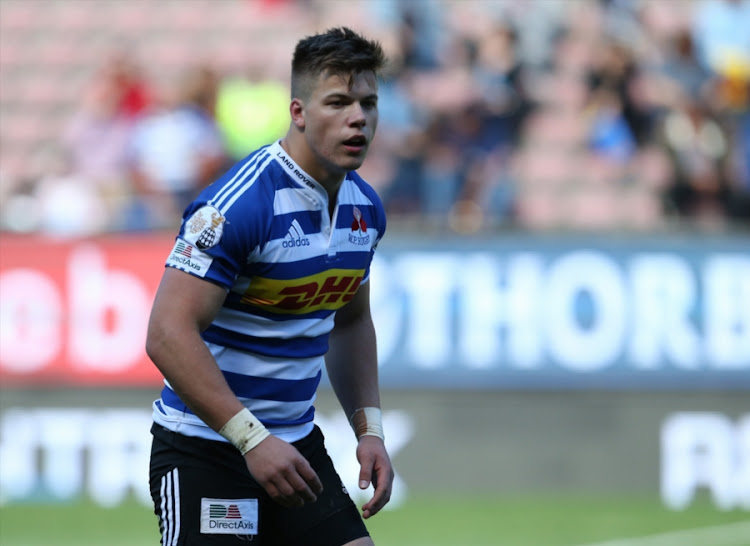 Jones‚ 23‚ could play his last match at Newlands regardless of the outcome‚ before he heads back to Britain to take up a club contract with Glasgow Warriors.

Jones is in his fourth season in Cape Town and wants to leave the city as a Currie Cup champion after being part of two losing semifinals over the past two seasons.

This weekend Jones will be up against Rohan Janse van Rensburg and Harold Vorster‚ two imposing players who have an impressive track record together.

“The Lions centres are two very good players who are both big and physical ball carriers who like to come hard‚” Jones said.

“But we’ve played against them a few times‚ we know what how to deal with them and what threats they will bring.

“So it’s all about who turns up on the day and executes. It’s a nice battle to have.”

Jones played outside centre during last week’s must-win 31-20 victory over the Sharks in Durban.

He has spent most of the campaign at inside centre with EW Viljoen wearing the No 13 jersey.

But coach John Dobson changed it up for that match‚ bringing in Ruhan Nel at inside centre and shifting Jones a channel wider.

The Scotland international is not fazed by which position he plays and whom he partners in the midfield.

“I don’t really mind whether I play inside or outside centre because once you’re in open play you can manufacture your own space‚” Jones said.

“The number on my jersey doesn’t matter to me. I train with these guys week-in and week-out and you get to know them even if you’re not playing together in a match.

“I’ve spent the bulk of the season partnering EW Viljoen‚ but Ruhan has come off the bench and gone into the midfield a few times‚ so I know how he plays as well.

“Ruhan went very well at 12 last week. He’s a good player can play just about every position in the backline.”

Jones realises that playing another match at Newlands is a long shot‚ even if his side win‚ so he intends enjoying the day at a stadium he describes as the best in SA.

He missed the Super Rugby season through injury – a situation that left him frustrated‚ and also motivated him for his final fling in Cape Town during the Currie Cup.

“I won’t be emotional‚ it’s not something that I suffer from‚” Jones said.

“It’s going to be a good occasion‚ with it possibly being my last match at Newlands.

“I was frustrated with being injured for the entire Super Rugby campaign because I wanted to kick on in that tournament. So I’ve really focused on playing well in the Currie Cup and hopefully I can get the fairytale ending.

“I think the thing I’ll miss the most about rugby in South Africa is playing at Newlands. There is nowhere like it in SA because it has the best atmosphere.”

Blue Bulls head coach John Mitchell has said all his team need to do in Saturday’s Currie Cup semifinal against the Sharks at King’s Park is to focus ...
Sport
4 years ago