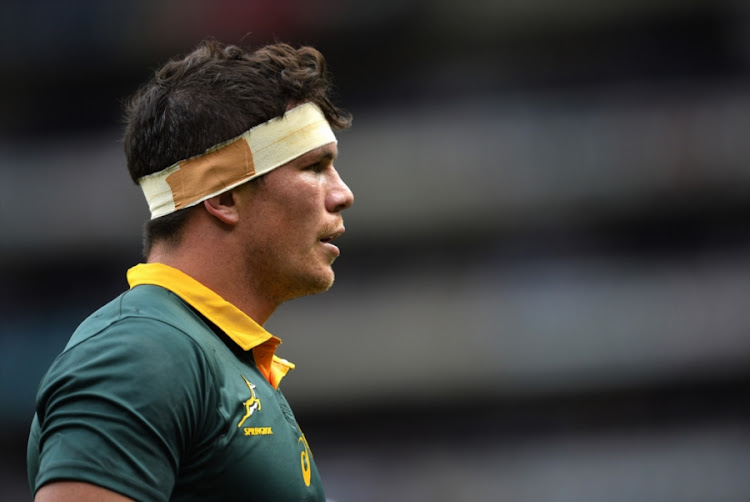 Springbok backrower Francois Louw has been fingered for eye-gouging and could miss next month’s end of year tour to Europe.

Louw was cited after playing for his English club Bath against Benetton Treviso in a European Champions Cup match last weekend.

He is alleged to have made contact with the eye area of the second rower Marco Fuser in the 77th minute of the match.

If found guilty he would be in contravention of Law 10.4 (m) - contact with the eye area.

Louw and Fuser were involved in an altercation and the latter stands accused of biting during the incident.

Louw has to appear before a disciplinary hearing in London on Wednesday.

Under World Rugby sanctions‚ contact with the eye area carries a suspension of between 12 and 52 weeks for a 'top end' offence.

Despite having to do duty in heavy‚ high-collision traffic the experienced Louw‚ who has been capped 54 times‚ has an impeccable disciplinary record.

He showed his versatility after he was surprisingly deployed at No8 instead of his customary fetcher’s role in the Springboks’ most recent Test against the All Blacks at Newlands.

Louw delivered a commendable performance from the back of the scrum in the reshaped backrow but coach Allister Coetzee may again have to tweak his loose forward combination in Europe next month.

The Bok squad will be announced on Sunday‚ October 29‚ a day after the Currie Cup final.

Blue Bulls head coach John Mitchell has said all his team need to do in Saturday’s Currie Cup semifinal against the Sharks at King’s Park is to focus ...
Sport
4 years ago