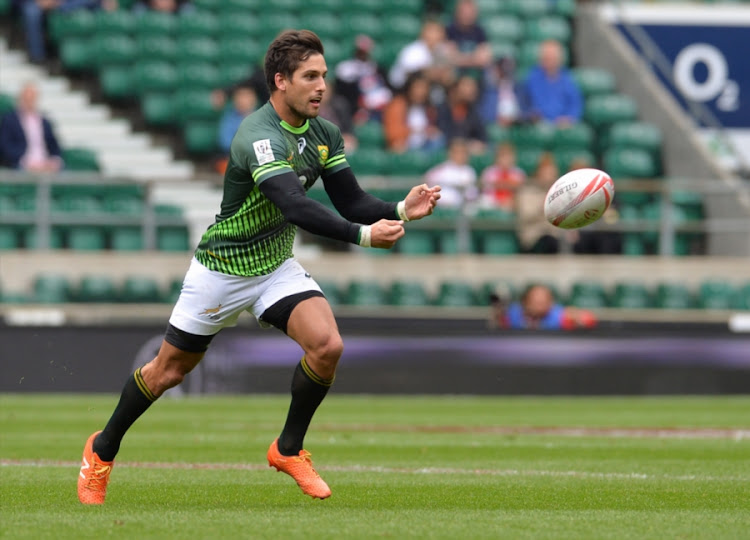 Stephan Dippenaar of South Africa during the match between South Africa and Canada on day 1 of the HSBC World Rugby Sevens Series London at Twickenham Stadium on May 21, 2016 in London, South Africa.
Image: Roger Sedres/Gallo Images

Blitzbok Stephan Dippenaar has retired from professional rugby at the age of 29 to concentrate on the family farming business.

It’s a big blow for the national sevens team that will start the defence of its World Sevens Series title in six weeks’ time.

Dippenaar‚ who endured a difficult 2016-17 campaign due to injuries‚ will focus on farming in the Moorreesburg district about two hours north west of Cape Town.

“I have decided to call it a day and start a new chapter in my career‚” said Dippenaar.

“I recently got married to my dream woman and we would like to start a family. I would also like to join my dad on the farm to learn from him for a couple of years and hopefully take over when he retires.

“The fact that we won the series was also a special way to end it‚ as I am ending my career on a high.”

The former Paul Roos Gymnasium scholar had a promising fifteens career that saw him win both the Currie Cup with the Blue Bulls and Super Rugby with the Bulls in 2009 and 2010 respectively before he switched to sevens.

He also represented SA under-19 and played for the Junior Springboks at the 2008 World Championships.

Dippenaar disappointingly missed out on making the Blitzbok squad for the 2016 Rio Olympics but was an integral part of the team that won the World Series title last season.

Springbok Sevens coach Neil Powell thanked Dippenaar for his contributions to the team.

“I played with ‘Dippies’ and later coached him and our relationship never changed because of that‚” said Powell.

“He always was and remained a true team player who really worked hard and helped us establish the culture and brotherhood we are so proud of.

“His decision in 2012‚ to concentrate on sevens‚ despite good successes in fifteens‚ also helped build the sevens brand.

"He will be missed and I want to thank him for his contributions over many seasons and wish him well in the next chapter of his life.”

Dippenaar joined the Springbok Sevens set-up in 2012‚ making his debut for the Blitzboks in Wellington‚ New Zealand in the 2012/13 season.

He was selected to play for the Springbok Sevens in 31 tournaments‚ played in 124 matches and scored 240 points (42 tries).

He last featured in both tournament wins in Sydney and Las Vegas during the 2016-17 World Rugby Sevens Series.

Wales hooker Scott Baldwin said he feared losing his left hand to infection after being bitten by a lion in South Africa last month.
Sport
4 years ago

Springbok backrower Francois Louw has been fingered for eye-gouging and could miss next month’s end of year tour to Europe.
Sport
4 years ago