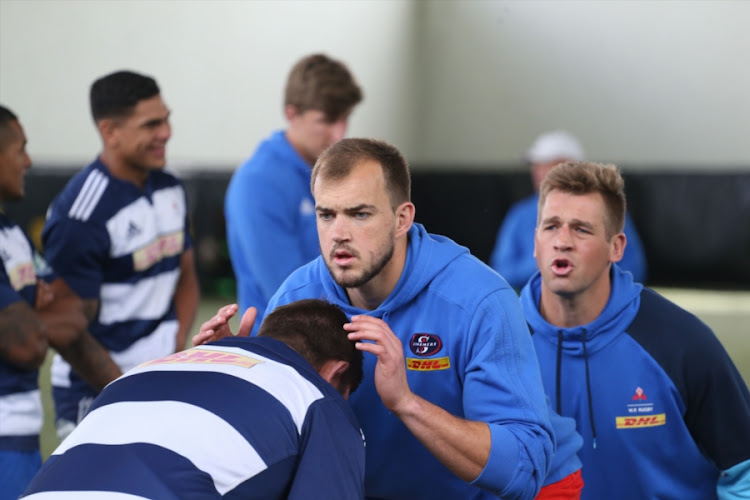 Western Province coach John Dobson has challenged his team to ‘outwork’ the Golden Lions when the sides meet in the Currie Cup semi-final at Newlands on Saturday.

The Lions‚ with five returning Springboks‚ were exceptional at the breakdown against the Free State Cheetahs last week and it’s an area of the game Dobson expects will be a huge challenge.

As a result Dobson has left out promising 20-year-old flank Cobus Wiese and turned to Kobus van Dyk‚ who is more clinical at the breakdown.

“Cobus Wiese is immensely talented and he will probably be a Springbok in the future‚ but Van Dyk brings a really high work rate‚” Dobson said.

“The Lions have selected five Springboks who started against the All Blacks two weeks ago and lost by a point.

“I’ve told the players not to worry about the result but simply concentrate on working hard. If we have a high work rate we have a good chance because the Lions are exceptional at the breakdown.

“They have a host of 'stealers' – both their centres‚ hooker Malcolm Marx and flank Cyle Brink. If we don’t work and react to the clean ball‚ we will under pressure.

“Our big emphasis has been our work off the ball and if we do that well‚ we win. It’s that simple.”

Springbok wing Dillyn Leyds has also been selected at fullback‚ after operating on the left wing against the Sharks last week.

“We experimented a bit last week with Dillyn on the wing and Damian Willemse at fullback. But I don’t believe we saw enough of Dillyn in the match‚” Dobson said.

“He is the best fullback at the union in my opinion so we want to get maximum use out of him this week. We have a nice second half plan with Damian Willemse and [scrumhalf] Jano Vermaak.

"We feel the bench will have more impact this week and someone like Damian has the ability to break a game open.”

Robert du Preez continues at flyhalf this week while centre EW Viljoen returns to the midfield where he will partner Huw Jones. Ruhan Nel‚ who started at inside centre during last week’s 31-20 win over the Sharks‚ shifts to the left wing.

“Ruhan was really good last week and he has a bit more fifteens awareness and experience than Werner Kok‚” Dobson said.

“He might come into the centre later in the game. We have a good second half plan in place and Ruhan can get us serious momentum coming off the shoulder of 10.”

One area of frustration for Dobson has been the team’s consistency and he is still scratching his head searching for a reason why his charges have been so up and down this season.

WP lost five of their pool matches‚ including their last meeting against the Lions at Ellis Park three weeks ago when they threw away a healthy lead in the final 10 minutes of the match.

“To be honest I haven’t been able to put my finger on it because the stats put us at‚ or near‚ the top of every category‚” Dobson said.

“The only area that has been poor has been our discipline‚ which we have improved over the past few weeks. We seem to perform when our backs are against the wall‚ and this weekend there are no second chances‚ so I have no doubt the team will turn up.”

A dozen contracted Springboks will gather for fitness assessments and tactical training in Cape Town next week as part of the squad’s preparation for ...
Sport
4 years ago