Marx a key figure for Lions in semi battle against WP 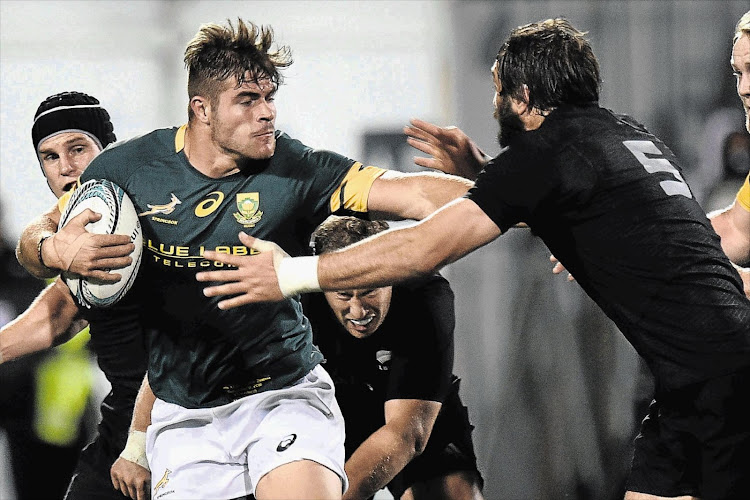 Golden Lions and Springbok hooker Malcolm Marx won’t be intimidated by Newlands when his side run out for the Currie Cup semifinal against Western Province on Saturday.

The old stadium was the scene of Marx’s best test performance – a colossal effort against the mighty All Blacks just two weeks ago. If anything‚ the stadium holds positive memories for the man who will be a pivotal figure in the match.

Marx’s ability at the breakdown is perhaps his greatest strength and a part of the game that the Lions rely on to thrive. A turnover allows the Lions to play an unstructured game‚ which is how they prefer it‚ and Marx is someone who can deliver in that area.

He won’t be alone‚ of course‚ with old school friend Cyle Brink lending a hand as well as centres Harold Vorster and Rohan Janse van Rensburg.

Western Province are so concerned about the breakdown they’ve brought in another specialist in flank Kobus van Dyk‚ whose work on the ball is more accurate than the ousted Cobus Wiese.

The Lions have five current Springboks in their starting lineup and‚ on paper at least‚ look a stronger team than WP.

The Cape side will enjoy home ground advantage and after a superb 31-20 win over the Sharks in Durban last week‚ they go into the match high on confidence.

That excellent showing was against a team that had already qualified for the semis and was guaranteed home playoffs‚ so WP coach John Dobson isn’t reading too much into it.

Finding consistency has been an area of concern this season but he believes that when his side are desperate – as they will be in a semifinal – it brings out the best in them.

“If you look at the statistics they paint a very different story to the ordinary season we have experienced in the wins and losses column‚” Dobson said.

“We lost five games in the regular season and that is too many for a team of this talent‚ and yet we were top in most of the statistics.

“For instance the top five most dominant tacklers are from WP‚ our defence was near the top and so were our attack statistics.

“We were really good in some of our games. We had a knack during the season of playing really poorly and then bouncing back‚ such as when we lost to Griquas and then scored more than 40 points in the first half of the next game against the Blue Bulls.”

The Lions haven’t won at Newlands since 2012 and earlier this year‚ with a much different looking team‚ they went down 39-3.

But two weeks ago it was the Lions that triumphed 29-20 at Ellis Park to secure a vital win that all but secured a semifinal berth.

Nothing suggests it will be easier this time.

Both sides have talented individuals and promising combinations with several tantalising subplots to look out for.

Vorster and Janse van Rensburg against Huw Jones and EW Viljoen in the midfield will be a crucial mini-battle while WP will look to put pressure on Marx’s throwing at the lineout. If there is one weakness in his game‚ it is consistency when throwing in.

Conditions should be dry with a slight breeze‚ setting the scene for what should be a superb clash between two teams desperate to take something from the campaign.