Province too good for Golden Lions in Newlands semifinal 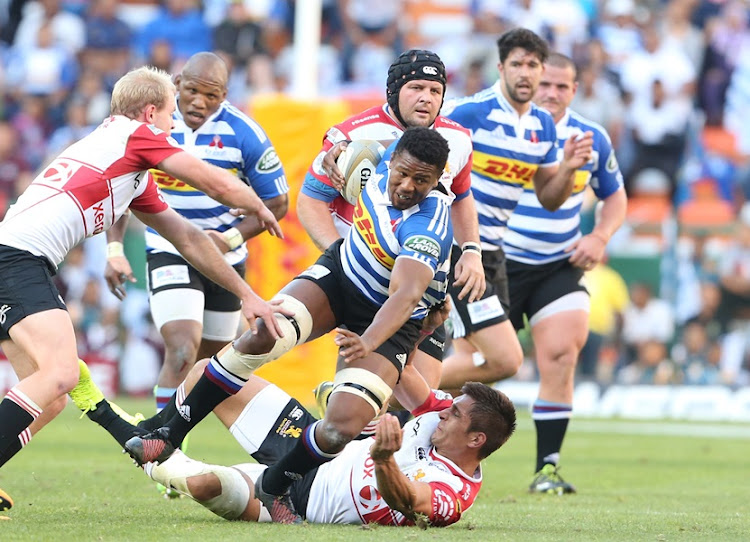 In a game that turned on fine margins‚ it was Western Province who made the most of their opportunities to advance to the Currie Cup final for a fifth time in six years thanks to a making fewer mistakes than the Golden Lions.

Flyhalf Rob du Preez contributed 14 points from four penalties and a conversion in a 19-5 semifinal win at Newlands on Saturday and WP set up a date with the Sharks in Durban next week.

The Sharks and WP were to the top two teams in the log phase and deservedly will contest the final at King’s Park next week. It will be the third time in the last four years that the Sharks and WP meet for the old cup.

WP advanced thanks to strong second-half defensive effort‚ especially in the final quarter when they hardly escaped their own quarter although both team made numerous errors throughout.

By hook or crook WP kept the Lions at bay‚ despite conceding a slew of penalties‚ which unfathomably didn’t result in any yellow cards.

But the Lions could only blame themselves for not making their superiority count. Hooker Malcolm Marx‚ for all his prowess in the tight loose‚ overthrew two crucial lineouts that released the pressure valve on the home when the visitors should’ve turned the screw.

It was a match that was always going to be tight and there was little between the sides the entire way through‚ but WP somehow found a way when they needed to.

Two penalties from Du Preez and a try from Lions pivot Jaco van der Walt were scored inside the first eight minutes. For the next half hour in was an almighty arm wrestle with neither side able to finish off half chances in a match of thrust and counter-thrust.

Just before the break‚ WP were enjoying a period of territorial ascendency and two penalties were spurned in favour of kicking for the corner. From the second lineout five metres from the Lions line‚ WP showed good composure and patience as they repeatedly came up inches short of the Lions’ goalline.

Their restraint paid off when Bok prop Wilco Louw was able to use his considerable 130kg frame to barge over for a try to finally put some daylight between the teams. It was a huge blow to the Lions coming as it did a minute from the break.

After the break WP squandered two gilt-edged chances to score tries through handling errors‚ but eventually extended their lead with a third Du Preez penalty after 55 minutes.

When Du Preez added another with 11 minutes to play‚ the Lions were on the ropes. They needed to score two converted tries to take the match to extra time.

Although they came close – inches short on one occasion – they couldn’t claw their way back against a team that was that little bit more clinical on the day.