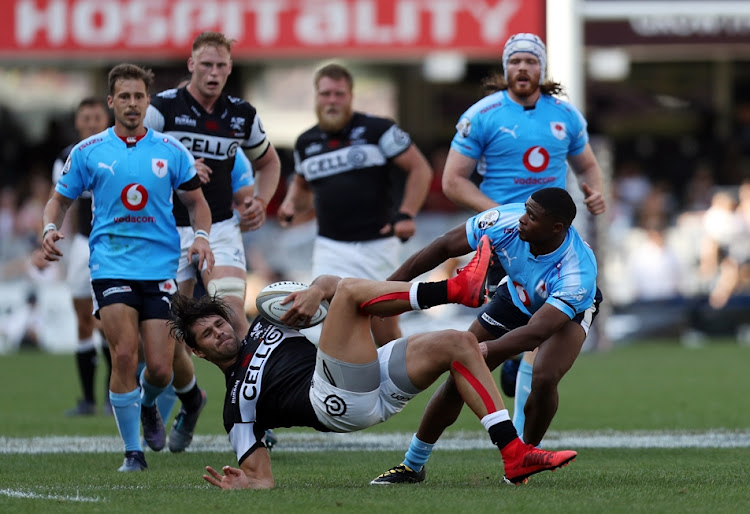 Like death and taxes‚ the certainty of the Sharks hosting a Currie Cup final was inevitable. However‚ the manner in which they gained the honour of hosting the prestigious match when beating the Blue Bulls 37-27 left quite a bit to be desired.

On the basis of their powerful first half performance‚ where the Sharks led 28-13‚ they looked every bit like the team that won 10 consecutive round-robin matches to earn a home semi-final.

In the second half‚ it seemed to let the impending occasion get to them but in the end‚ they did enough to earn their first home Currie Cup final in five years.

With Kaizer Chiefs and Orlando Pirates in town for Telkom Knockout against AmaZulu and Golden Arrows respectively‚ Durban is going to be a hive of sporting activity.

While the game moved from a spectacle to drudgery on the same wavelength on a sunny afternoon‚ it could have done with better officiating from an inconsistent and at times indecisive officiating from Quinton Immelman.

However‚ he was correct to rule out Thomas du Toit's 36th minute attempted try‚ spotting a knock on while sin-binning Tim Agaba in the 21st minute for a deliberate infringement.

If the Sharks didn't commit six first half handling errors‚ they would've had more to show for their efforts than a 15-point lead.

In the context of a semi-final‚ it was a crucial advantage that counted when the Bulls reduced the buffer to eight points immediately after the break.

They had to force the Bulls to play catch-up rugby after Lukhanyo Am and Kobus van Wyk scored in the first eight minutes.

The fluency and the speed in which the Sharks worked their way to the Bulls line was exceptional‚ with Marius Louw's deft pass to find Van Wyk steaming from the inside a thing of beauty.

The Sharks should have done more in Agaba's discipline-enforced absence than Louis Schreuder's 30th minute try as the Bulls were slowly fighting back through Marnitz Boshoff's boot.

However‚ the Bulls weren't creating the kind of chances the Sharks were conjuring up. The hosts had a 29th minute Franco Marais try flagged before Schreuder capitalised on JT Jackson's brain fade from a defensive scrum on the Bulls' 5m line.

With the Sharks employing a particularly reasonable brand of offensive defence‚ captain Ruan Botha charged down Ivan van Zyl's box kick and still had the legs to motor to the try line just before the break.

Van Zyl made up for his mistake with a snappy 41st minute try and while Bosch stretched the lead to 11 points with a 55th minute penalty‚ his suspect defence was exposed when Bulls centre Burger Odendaal ran over him to score five minutes later.

While a big cheer was reserved for Odwa Ndungane‚ who came on for his 250th match for the Sharks‚ Bok prospect S'busiso Nkosi cried off with an arm injury that may curtail his end of year tour prospects.

Bosch‚ with his defensive deficiencies‚ did his no harm with his 64th minute drop goal and crucial penalty forming part of cucumber cool rugby persona.

His latter three-pointer gave the Sharks a 10-point lead with just over 10 minutes to play and it was a lead the Sharks never looked like relinquishing.