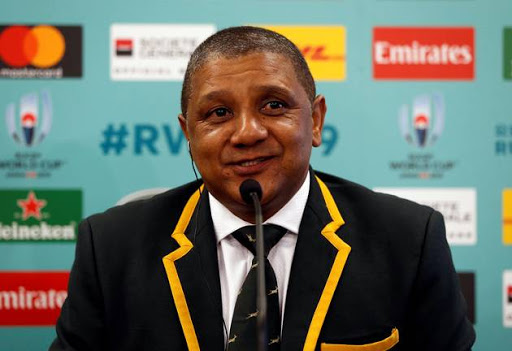 The Springboks will have to hit the deck running when they come up against the world champion All Blacks in their Rugby World Cup opener in 2019, coach Allister Coetzee has acknowledged.

He believes their most recent clash against Steve Hansen's team - a gutting one-point defeat at Newlands - has filled his team with confidence for future clashes against the Kiwis.

"We play enough against them to know what to expect. The last game at Newlands gave us a lot of confidence."

He enthused about his team's RWC opener.

"This is a blockbuster, a great opening game for us. I suppose it will set a good standard for the opening stages of the World Cup."

Facing the old foe first up won't alter the Boks' mindset, he said.

"You have to win seven games to win the World Cup," said the Bok coach.

"We have formidable opponents in our pool. Italy have beaten us. Getting New Zealand first up will help preparation."

Drawing the defending champions might be a good omen, captain Eben Etzebeth said.

"In 1995, we played Australia in the first game and they were the defending champions. Hopefully, we can do the same in Japan," said Etzebeth.

Coetzee believes his coaching stint in Japan before he was roped in to take charge of the Boks will stand him in good stead.

"I have a fairly good understanding of the logistics in Japan. That time of the year we could hit a bit of rain. It will be humid as well.

"In Tokyo, you have beautiful pitches. We play in Kobe as well, where I coached.

"It is good to have a bit of insight from a dietary and logistics point of view. You use trains because driving is difficult. It is about the team that adapts the best."

New Zealand coach Steve Hansen said he had "half-expected" to be drawn against the Boks in the opening game.

"It's a good way to start the tournament," said Hansen, following the announcement in Tokyo earlier on Thursday.

"It's something to look forward to. The key thing is we now know where we're playing, and next is to sort out where we train and play," he added.

"The tournament wants to get off to a bang, so why not play the two [big teams in the first match]?"