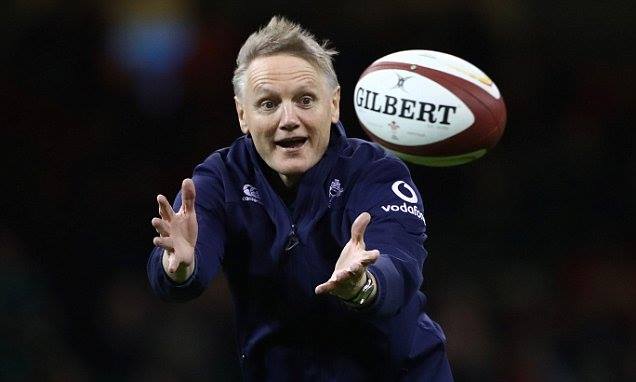 Ireland were magnanimous in victory following their triumph over the Springboks on Saturday.

They were even sympathetic to the plight of the Boks.

Their New Zealand born coach Joe Schmidt suggested the tourists are not far off where they need to be‚ adding that the 38-3 scoreline flattered his team a tad.

“I grew up watching Bok teams being really dominant‚"‚Schmidt said.

"I think this team is not too far away from that.

"Losing a player like Coenie Oosthuizen had an impact. You’re losing the cornerstone of your scrum.”

Schmidt thought before the game the sides would be more evenly matched‚ on the scoreboard.

Beleaguered Bok coach Allister Coetzee is having second thoughts about his selection policy that backs continuity to help avoid another end of season ...
Sport
4 years ago

“This (win) is satisfying‚ a relief really.

“I was really worried before the game‚ especially given their last game against the All Blacks.

"I also recall how Franco (Smith‚ the Boks backline coach) undid us at Treviso (when Schmidt was still coaching Leinster).”

Schmidt admitted he did not see the exaggerated scoreline coming.

“I didn’t see that at all. In the last four Tests against South Africa it has mostly been one score margins. Maybe two scores.

“I think the score flattered us a little bit. We scored the bulk of those points in the last 12‚ 13 minutes. Until then the game was in the balance.

“In the third quarter the game went a bit flat but thereafter they had to put themselves in the game. Both teams will look back at things they want to work on a little bit in the coming weeks and beyond.

“I guess the margins in test rugby gets exaggerated at times. You just have to look back where they got beaten by the All Blacks by 50-plus and the next time the All Blacks will admit they were probably lucky to beat them.

“We would be naïve to think the next time we play the Springboks there would be a 35-point margin. That is not the reality.”

Schmidt was careful not to lay the boot in to the already battered Boks when asked if their big defeats were becoming a slight on the game.

“I think we have an advantage up here. We haven’t lost often here in Dublin over the last four‚ five years.

"We want to make it as tough for team as we possibly can. Other southern hemisphere get here having started their pre season in December teams.

"It is offering us a bit of an advantage. I felt we looked fresher out there. We had a bit more energy. That is an advantage.”