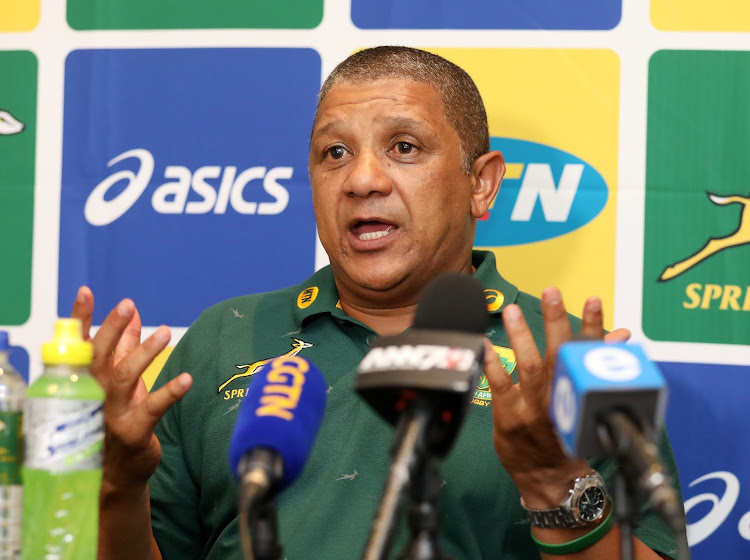 Allister Coetzee's remaining time as Springbok coach can be counted in weeks, not months, after the Boks slumped to a record 38-3 loss against Ireland in Dublin on Saturday.

Inside sources revealed that SA Rugby president Mark Alexander had a heated exchange with Coetzee in the immediate aftermath of the Dublin debacle, reminiscent of scenes after the Boks lost to Italy in Florence in 2016.

It is understood that some thought had been given to recalling Coetzee immediately following the latest embarrassment, but that plan has been shelved in favour of a formal dismissal process.

The Boks still have Tests against France, Italy and Wales to come on the current tour and could suffer further humiliation. But changing coaches mid-tour would serve little purpose.

Under Coetzee, the Boks have won only nine of 22 Tests and racked up all sorts of record losses and unwanted firsts.

In September they slumped to a record 57-0 defeat against the All Blacks in Albany, which has now been compounded by this latest setback against Ireland.

While Coetzee has to shoulder the blame because he is the ultimate decision-maker, the players were also culpable at the weekend.

After the match Coetzee offered no reasons for the defeat and spoke half-heartedly about "fighting back".