Blitzboks have the winning formula

Springboks can learn a lot from our national Sevens side 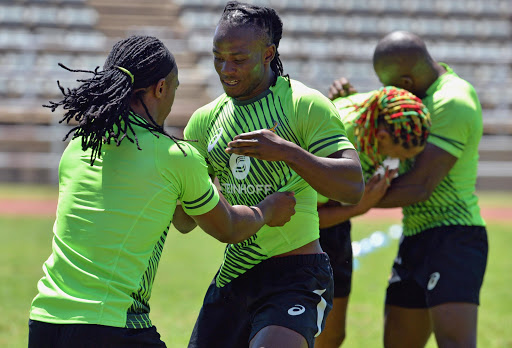 A tale of two teams. Triumph and tragedy.

Triumph in Dubai, where the Springbok Sevens launched their 2017-2018 season with yet another World Series triumph, beating Fiji and New Zealand.

Tragedy in Cardiff, where the Springboks brought their up-and-down 2017 season to a close with a disappointing defeat to a depleted Welsh side.

If a sporting contest is thought of as the outcome of how two groups of people think of and pursue excellence, then Saturday afternoon produced two very different verdicts.

On the one hand, South Africa's team of the year, the Springbok Sevens, who won five tournaments en route to winning the World Series last year, are the pinnacle of team sport in this country.

Everything they do is world-leading and revolutionary. I was fortunate enough to be involved with the team from about 2007 until 2013. In the early years, in particular, then coach Paul Treu built a system that other nations have only recently begun to implement.

What Neil Powell has done since taking over is to refine and improve an already solid system to produce two world-class players in every position and to develop a handful of those to superstar status. Then and now, our Sevens team were the first to do many things that are now common, from strategy to operational aspects, such as game analysis and tactical approaches.

On the other hand, the Springboks have racked up three years of unwanted first defeats and record defeats. When the implosion begins, it's difficult to know who holds the detonator; and quotas, politics, player drains and coaching incompetence have all been blamed.

The contrast between the two teams is so interesting because, in theory, they face similar challenges.

Both draw from the same playing pool and are reliant on the same systems to produce players with whom to take on the world.

Both are affected by selection challenges. The Springboks suffer from a player exodus to Europe and quota systems.

The Sevens are forced into creative selections because of the SA Rugby hierarchy - there was a time, a decade ago, when even Varsity Cup teams had priority preference of players.

That, thankfully, has changed and a number of prudent arrangements, such as those with Seabelo Senatla and Kwagga Smith, have partly solved that problem.

What sets the Sevens apart is the sustained level of professionalism they provide. Forty weeks a year of high-quality coaching and support and the relative "insulation" that avoids club-versus-country tension allow the Blitzboks to function more like a professional club side than an international team.

This has implications for the Springboks. I say this not to offer an impassioned defence of Allister Coetzee and the coaching staff because I think even with our challenges, the Springboks are underperforming hugely compared to where they should be.

However, if the secret to sustainable success is providing stability and opportunity for the best people to craft the "potentially best people" (the players) into the best team, then no Springbok coach has that opportunity.

Indeed, no national coach anywhere truly has it, because they are all limited to brief windows to work with their teams.

However, you'll find success when there is alignment between the professional clubs and the national team - and we remain way behind in this regard.

New Zealand, unsurprisingly, are way ahead. But the country to emulate may be Scotland. A nation with only two professional rugby teams, they have utterly transformed their performance in a short time and that is thanks to alignment within their systems - from junior to the senior national team.

That same alignment exists for the Springbok Sevens thanks to Powell, his senior players and a batch of former players who have wisely been retained in the system. If we are to emulate them, and we should, we need to find ways to give our national coach, whoever he may be, the same raw materials.