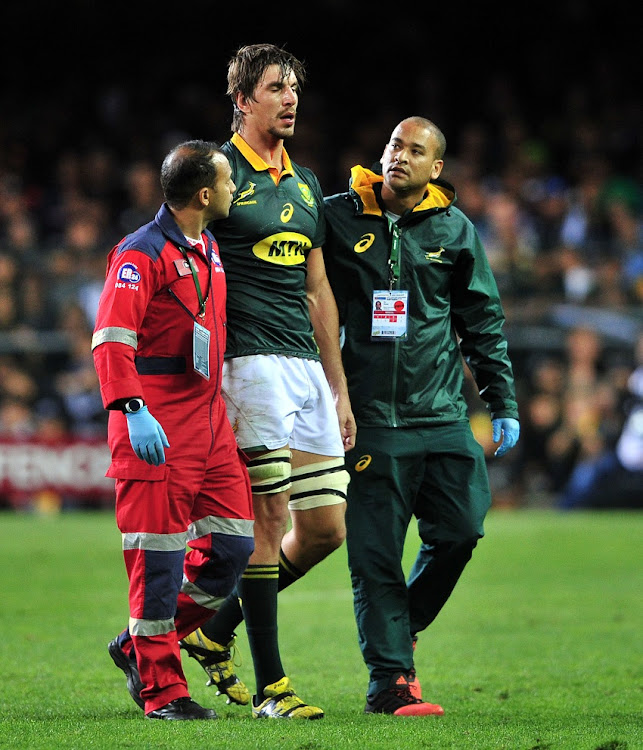 Springboks stand-in captain Eben Etzebeth has fired a salvo at former players and coaches who have been critical of the team on their tour of Europe.

Etzebeth said the critics do not always know what they are talking about.

Asked to respond to some of the fierce criticism leveled against the team by Nick Mallet and Naas Botha following the narrow 24-22 loss to Wales at the weekend‚ the big lock said: “They don’t always know what they are talking about.”

“I enjoy captaincy a lot and I don’t really remove myself from the game.

"As far as I know I have always done what I am expected to do and being captain is a responsibility that I love doing.”

“Are you throwing in the towel?” Springbok coach Allister Coetzee was asked as he headed to a door inside the cavernous Principality Stadium stadium ...
Sport
4 years ago

“I have no say in that (whether he stays of not) but if the decision was up to me I will keep him as a Springbok coach‚” said Etzebeth‚ adding that they missed opportunities on tour.

“We had our few opportunities to win matches which we did not take.

"In the four games (against Wales‚ Italy‚ France and Ireland)‚ we could have won (them all) but we will be looking to do better next year.

"We are the guys who go into the field and not the coaches.

"We are going to have to do better next time.”

The Boks beat France and Italy but went down to Wales and Ireland.