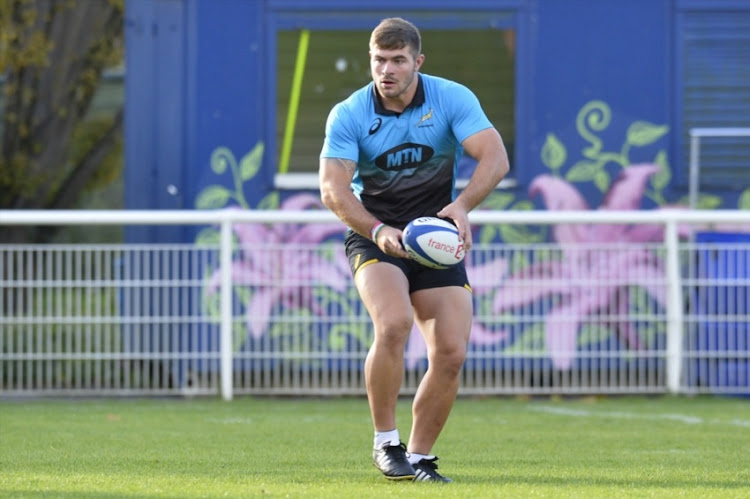 Hooker Malcolm Marx’s form at Test level this year has been one of the few highlights for the Springboks and he was duly recognised with a nomination for SA Rugby Player of the Year on Monday.

The Sunday Times in Britain named Marx as the only Bok in its team of the recent autumn international.

“Four of these five players are aged 23 and younger‚ which bodes very well for the future of the game here in South Africa‚” said SA Rugby President Mark Alexander.

“I would like to congratulate Malcolm‚ Jaco‚ Warrick‚ Curwin and Damian on their multiple nominations‚ as well as all the other players‚ coaches and teams who were recognised for their performances in 2017.”

The awards for Coach and Team of the Year are a straight shoot-out between three sides and their coaches – the Springbok Sevens team and Neil Powell‚ the Lions and Johan Ackermann‚ and Western Province and John Dobson. Powell led the Blitzboks to the HSBC World Rugby Sevens Series crown in 2016/17 and the team won a total of five tournaments.

Ackermann’s Lions finished at the top of the Super Rugby standings and were runners-up in the competition.

The nominees are (in alphabetical order): SA Rugby Player of the Year

5 Damian Willemse Team of the Year