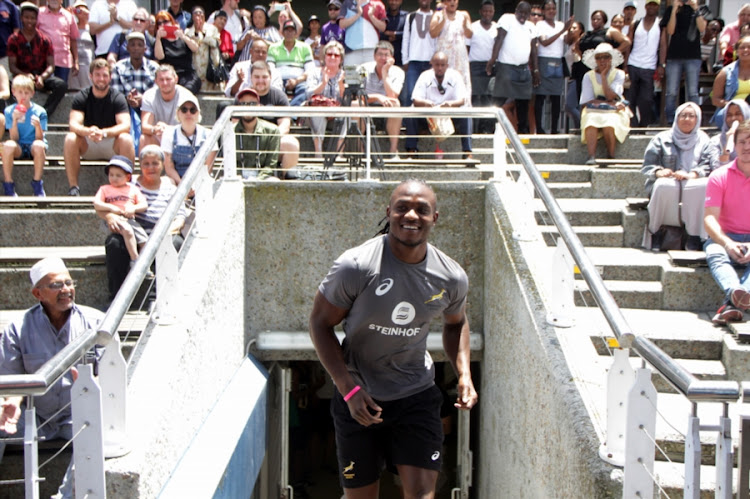 Seabelo Senatla scored a hattrick as the Blitzboks made a strong start to the Cape Town leg of the World Sevens Series by beating Russia 40-5.

The three tries took Senatla to 199 career tries and 995 points in total. One more try and he will become the fastest man to break the 200 barrier in World Series history.

The first try came from the start to the match and was scored inside 10 seconds with Senatla finishing off a simple three-pass move.

He was in for his second a minute later before Russia scored against the run of play through Romain Roshchin.

But the Blitzboks were not done with Branco du Preez and Senatla scoring further tries before halftime to make the match secure.

After the break Tim Agaba and Rosko Specman added two more tries to move the Blitzboks to top of Pool A. France surprisingly beat Kenya 21-14 in the other Pool A clash.