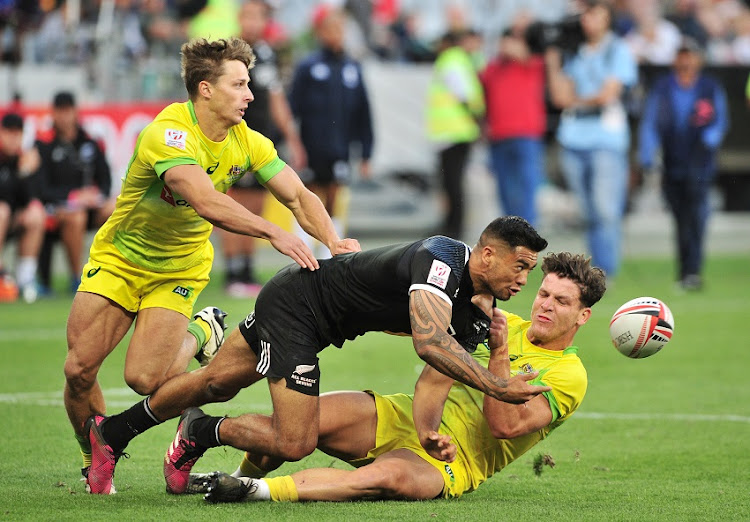 Cape Town – New Zealand ruined the party by beating the Blitzboks 19-12 in the Cape Town Sevens semi-final on Sunday, to hand the reigning World Series champions their first defeat of the year.

A late try by NZ’s Joe Webber, their third of the match, was enough to see them over the line in a contest where they also survived a yellow card against Joe Ravouvou.

The Blitzboks won the season-opening tournament in Dubai last week, beating NZ 24-12 in that final, and had won 10 matches since the start of the new season. But the Kiwis gained the best possible revenge by beating SA on their home turf.

It was a remarkable comeback for the inexperienced NZ team that also lost 22-0 to the USA in the Pool phase on day one. They will now play 2015 Cape Town runners-up Argentina in the final after they beat Canada 14-12 while the Blitzboks will contest the Bronze medal match.

They scraped through their Pool and then beat England 17-12 in a tight quarterfinal before edging their old foes to silence the capacity 58500 crowd on a steaming hot Sunday.

The Blitzboks led 12-7 a the break after making the near perfect star when captain Philip Snyman scored in the second minute.

Ravouvou received a yellow card for a dangerous tackle in tackle in the build-up to the try but the home team failed to take advantage of the situation and it was NZ that scored next when Tim Mikkelson charged over and Vilimoni Koroi converted to edge NZ in front.

With time up in the firs half Cecil Afrika slithered through a small gap in the Kiwi defence to score and give the Blitzboks a narrow 12-7 halftime lead after Branco du Preez converted.

Almost from the restart to the second half, Koroi showed lightning pace when he slipped through a Werner Kok tackle deep inside his own half and charged 80 metres to score a try that levelled the scores at 12-12.

After Webber’s try, SA still had a chance to send the game into extra time and looked on their way to scoring with an overlap. But Tim Agaba fumbled a pass inside the NZ 22 and the moment and the game were gone.

Earlier in the day the Blitzboks staged a remarkable fightback to beat Fiji 31-26 in a thrilling quarterfinal after trailing 21-5 just before halftime.

Star wing Seabelo Senatla was both villain and hero, in what was the game of the tournament so far.

Against Fiji Senatla scored the winning try seconds from the end after Justin Geduld ripped the ball from a Fijian carrier. There was an element of fortune as the ball appeared to go forward but Senatla hacked ahead and collected to score his second try of the match.

The Blitzboks’ record try-scorer was yellow carded in the first minute for a high tackle on his tryline and a penalty try followed for Fiji, which immediately put the home team on the back foot.