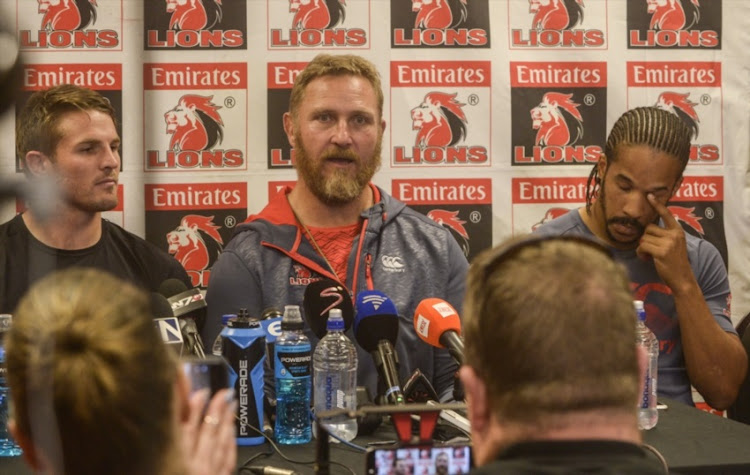 Coach Johan Ackermann of the Lions with Captain Jaco Kriel of the Lions and Courtnall Skosan of the Lions during the Emirates Lions team announcement at Emirates Airline Park on August 03, 2017 in Johannesburg.
Image: Sydney Seshibedi/Gallo Images

The Springboks may have had a largely troubled year but there were other South African rugby coaches who covered themselves in glory this year.

He guided the Lions to the Super Rugby final but they lost to a more experienced Crusaders side who beat them 25-17 at Ellis Park earlier this year.

It was the second time that the Blitzboks were crowned overall champions after they won the tournament during the 2008/09 Series.

He led Western Province to Currie Cup final victory over the more fancied Sharks at Kings Park Stadium in Durban where they triumphed 33-21 after they were down by ten points at half time.

The Sharks went into the final having won ten of their twelve round robin matches which saw them finish at the top of the log standings before they beat Blue Bulls in the semi-final.

He helped the Griffons to successfully defend their Currie Cup First Division championship this year after they defeated by the Leopards 60-36.

It also turned out to be a rewarding year for the union as their juniors defeated the Limpopo Blue Bulls 29-22 in the SA Rugby U20 Championship.

The Sharks went through a near flawless Currie Cup campaign under the leadership of coach Du Preez but they fell at the final hurdle when they lost to Western Province.

In what was a family affair in the final‚ the Sharks’ hopes were dashed by Du Preez’s namesake son among others.