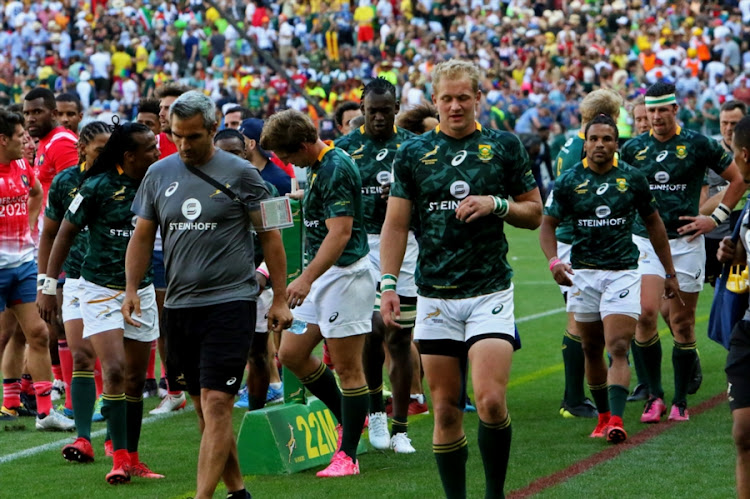 Beleaguered global retailer Steinhoff International has pulled the plug on its sponsorship of the Varsity Cup rugby tournament following the collapse of its share price late last year.

The company sponsored Varsity Cup and is also the headline sponsor of the SA Sevens team‚ the Blitzboks.

“Subsequently‚ we have begun a process of exploring alternative sponsorship opportunities to sustain the spotlight on talent development.

“We would like to assure spectators that preparations for the 2018 tournament are at an advanced stage and we are working with all our partners to ensure the success of this year’s competition‚ which kicks off on Monday‚ 29 January.

“The 11th edition of SA’s premier inter-varsity rugby competition features 16 of SA’s best university teams in a challenge for top honours on the rugby field.

SA Rugby have yet to confirm whether Steinhoff had cut its sponsorship of the Blitzboks as their offices are still closed until next Monday.

Rugby star Siya Kolisi's wife, Rachel has cast the spotlight on breastfeeding in public, after getting 'uncomfortable stares' on the regular over the ...
TshisaLIVE
3 years ago

With battles on three fronts this season‚ the Blitzboks are going to need to draw on all their resources to be competitive in the World Series‚ the ...
Sport
3 years ago

The Blue Bulls Company has confirmed that the young Blue Bulls rugby loose forward Khwezi Mafu has been arrested on allegations of sexual assault.
Sport
3 years ago

The Springboks may have had a largely troubled year but there were other South African rugby coaches who covered themselves in glory this year.
Sport
3 years ago