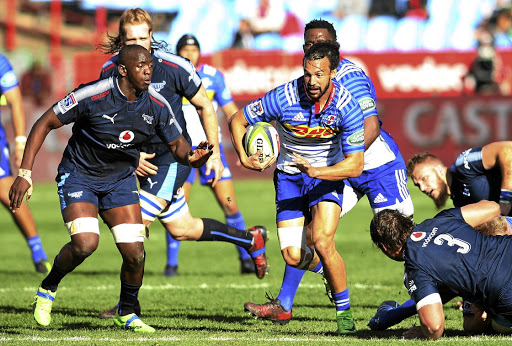 A mild Los Angeles winter’s afternoon will make way for a sweltering Boland summer’s day for the Super Rugby warm-up between the Stormers and the Bulls next month.

The pre-season match between the two South Africa rivals was set to be a curtain-raiser to a game featuring the USA against an Argentinean XV in California but was called off on Tuesday night.

The official reason given was “logistical issues’ but TimesLIVE understands that financial commitments to the Bulls and Stormers could not be guaranteed.

"The Vodacom Super Rugby pre-season warm-up match‚ that was supposed to be played between the Bulls and the Stormers in Los Angeles has been cancelled due to issues regarding the agreed upon transfers and logistics‚" a statement from the Bulls said.

"Player welfare and the management thereof are extremely important to the Bulls as well as the Stormers‚ and will not be compromised on in this regard.

"However‚ both teams are extremely excited to announce that the fixture will still be played locally at the Boland Stadium on 3 February 2018‚ with kickoff scheduled for 4pm.

"More details regarding the game and availability of tickets will be made public in due course."

Considering issues around player welfare‚ there will be much relief that the teams won’t have to travel across the world for what is essentially an exhibition match.

Both unions though‚ are enduring tough financial times and any opportunity to make a quick buck took precedence over long-term considerations.

Thankfully‚ in terms of player welfare‚ the deal has fallen through.

But Wellington in early February won’t be much fun.

Temperatures average 30 throughout February and regularly top 40 degrees in the early part of the month.

Springbok No 8 Duane Vermeulen’s probable return to South Africa in June has muddied the Springbok captaincy waters only a couple of weeks into the ...
Sport
3 years ago

Blue Bulls unveil kit that is a tribute to Mamelodi Sundowns

The Blue Bulls have unveiled a yellow away jersey that is a tribute to city’s football side‚ Mamelodi Sundowns‚ for winning the Caf Champions League ...
Sport
3 years ago