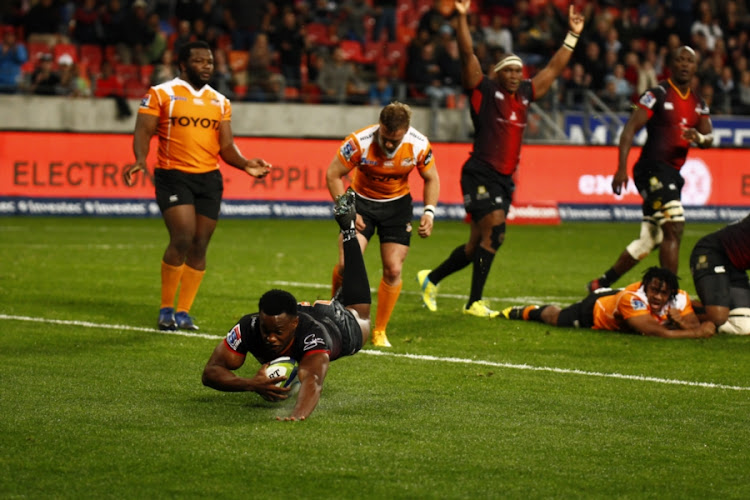 Playing in European competition at short notice was never going to be easy for the Cheetahs or the Southern Kings.

The Kings remain without a win in 12 Pro 14 matches‚ while the Cheetahs with seven wins are very much in play-off contention.

They've had a mixed bag of results‚ however‚ and as Cheetahs defence coach Charl Strydom explained‚ they quickly had to come to grips with the complexities of competition they have to contest across two hemispheres.

“One of the more difficult things to master has been the (law) interpretations‚" he said.

"In Super Rugby the refs always try and speed it up.

"A ruck is actually a bad thing in Super Rugby.

“In Super Rugby not rolling away once the tackle is made is immediately a penalty.

"In the first few games in Pro 14 the big adjustment was that the tackler lingers for a little while and the ball gets slowed down.

“We found that you could legally slow the ball down but then you can't get too set in those ways because when you play back home you might get a South African referee who will apply a Super Rugby interpretation.

"In fact‚ we have a reasonably high penalty count when we play at home‚” Strydom chuckled.

As defence coach it supposedly makes his job a bit easier.

“For the defence to set you need about three seconds.

"We rely on the tackler to slow the ball and we don't commit too many numbers to the ruck‚” said Strydom.

The conditions too took getting used to.

Apart from poor discipline it helped trip them up in their last game abroad when they lost to Benetton Treviso.

“The week before we trained in 36-degree heat‚ the field was dry and even had some thorns‚" Strydom said.

"When we got over there it was minus two degrees and the field was muddy.

"Before midday the pitch is still frozen because it hasn't had enough sun.

“It meant the handling wasn't so sure and the game was a little slower than what we are used to over here.

“The wind is another factor that you don't always consider in your preparation.

"The stadiums there tend to be more open‚ susceptible to the wind.

"They understand the wind‚ and it takes us a while to get used to it.

“That influences your kicking game.

"When we played Munster they had 12 attacking line-outs in our 22 and they registered points from five. If you can't get out of that cycle it is very tough.”

The Cheetahs are third in their group and in a potential play-off spot.

They are 10 points ahead of fourth but eight adrift from second and the careful management of their resources given their long injury list is paramount.

“Corniel (van Zyl‚ assistant coach) made some calculations because he used to play in the competition.

"He reckons in the past you needed to win 10 or 11 games to get in. I think the bonus points we've earned along the way will serve us well.

“The next game here against the Kings we expect to be a tough one.

"They will want to bounce back. We've got to get through this one then we have a three-week break and then we go on tour again‚” Strydom concluded.

Springbok captain Eben Etzebeth will miss the first three months of Super Rugby after failing to recover as hoped following a shoulder injury ...
Sport
4 years ago

With seven wins from 12 matches‚ the Cheetahs are still very much in playoff contention in the Pro14 and they can consolidate that position with ...
Sport
4 years ago

Sizzling stepper Branco du Preez will miss the Australasian leg of the 2017/18 World Sevens Series after suffering a hamstring strain in training.
Sport
4 years ago

A mild Los Angeles winter’s afternoon will make way for a sweltering Boland summer’s day for the Super Rugby warm-up between the Stormers and the ...
Sport
4 years ago