Rhule and Pietersen to face early test in Stormers colours 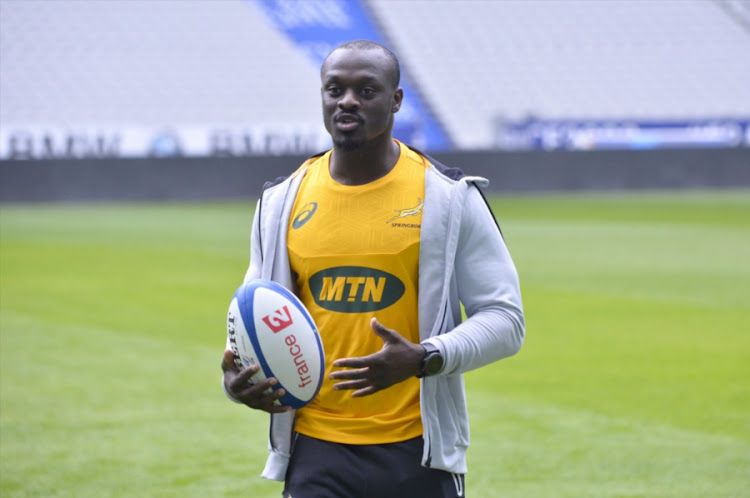 Stormers coach Robbie Fleck will waste no time in familiarizing high profile off-season signings Sergeal Pietersen and Raymond Rhule with the Stormers set-up after both were included for their first pre-season friendly.

The pair‚ who have both represented the Springboks and both came from the Cheetahs‚ were named in the 32-man squad to face the SWD Eagles in George next Saturday.

The match will be broken into four chukkas and most of the squad will have game time.

Rhule was a regular starter for the Springboks in the first part of last year‚ until a nightmare game against the All Blacks in Albany.

He was brutally exposed defensively as the world champions ran riot on their way to a 57-0 win and never featured again.

The move to the Stormers offers Rhule a chance to resurrect his career while Pietersen is hopefully over a series of injury problems that plagued his development at the Cheetahs.

Both players are lethal finishers but both have also been exposed on defence at times‚ which is going to be a big part of their development at a franchise that places more emphasis on defensive structure than the Cheetahs.

In addition to the playing squad‚ there will be a further 13 Stormers players who will travel to George in order to take part in a Fun Run at on Saturday morning.

Captain Siya Kolisi will be there with the likes of Steven Kitshoff‚ Wilco Louw‚ Pieter-Steph du Toit and Dillyn Leyds on the 5km fun run‚ which starts at Outeniqua Park at 08h00 on Saturday.

Petersen and Rhule will be joined by fellow Springbok Damian de Allende in the squad for the warm-up clash‚ along with exciting young talents such as lock Salmaan Moerat and looseforward Juarno Augustus.

Also included in the playing squad are five members of the DHL Western Province U21 team that won the national championship last year in Eddie Zandberg‚ Ruben de Villiers‚ Paul de Wet‚ Herchel Jantjies and Wikus Groenewald‚ along with U19 talents Christian Ambadiang‚ Sihle Njezula‚ Rikus Pretorius and David Kriel who will all be at the Western Province Rugby Institute this year.

Springbok captain Eben Etzebeth will miss the first three months of Super Rugby after failing to recover as hoped following a shoulder injury ...
Sport
4 years ago

With seven wins from 12 matches‚ the Cheetahs are still very much in playoff contention in the Pro14 and they can consolidate that position with ...
Sport
4 years ago

Sizzling stepper Branco du Preez will miss the Australasian leg of the 2017/18 World Sevens Series after suffering a hamstring strain in training.
Sport
4 years ago