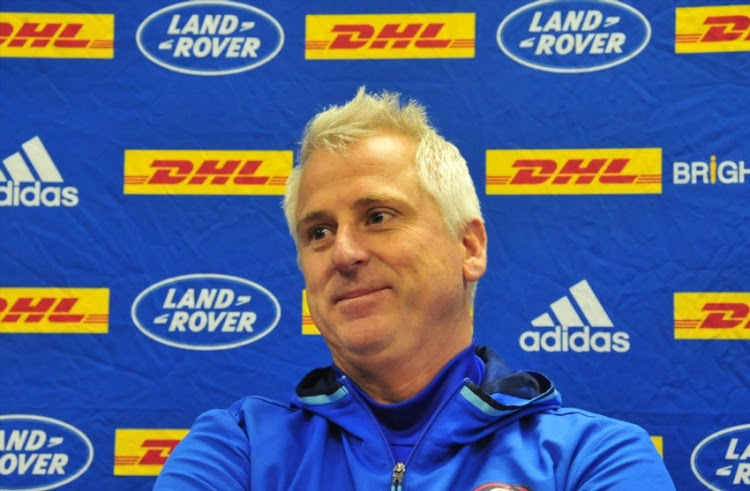 Stormers coach Robbie Fleck was satisfied that his team met key objectives during their 77-0 pre-season win over the SWD Eagles in George on Saturday.

Despite scoring 11 tries during the rout‚ it was the fact that Stormers kept a clean sheet as well as their aggressive breakdown work that pleased the coach most.

“There were two things from our side that we came from this game with and we wanted to get right‚” Fleck said.

“One‚ was our physicality‚ especially in the carrying and at the breakdown‚ the other one was our defensive effort.

“The conditions were difficult‚ but our breakdown was outstanding on attack.

"Whenever we come here [George] it is always a dogfight at the breakdown‚ but our physicality around there was something that we can be proud of.

“Our defensive effort was good today. We got off the line nicely and we created a few try-scoring opportunities through our defence.”

Two of the Stormers’ tries were scored via intercepts‚ which were a result of defensive pressure on the Eagles.

And in wet conditions‚ the coach was also pleased with the way the team adapted although he wasn’t entirely satisfied with ball control in contact.

Fleck used 32 players‚ including many under-21 players‚ and he came away pleased with the performances of some of the youngsters.

“Our skill levels let us down a bit‚ and part of that was the conditions‚” Fleck said.

“But we can cut down on our mistakes. The intent and the effort was there and that is what we wanted to get out of this. “It was pretty much an under-21 pack‚ which shows that we are building some good depth at the moment.

"It was a good opportunity for these youngsters to stake a claim and they all did pretty well.

“In the last 10 or 15 minutes we brought all of those youngsters on and some of them are fresh out of school‚ so there are going to be some mistakes but there is obviously some real talent that is coming through.”

Although there are some high-profile injuries in the Stormers squad‚ Fleck is confident that he has enough firepower at his disposal to make a positive start to what will be another demanding campaign.

“Out of our first eight games six are away from home‚ so we are touring after one game at home and the likes of Eben [Etzebeth] and Frans [Malherbe] are going to be missing from that tour.

"Jean-Luc and Dan du Plessis will still be out as well‚ but we are going to get them back‚ which is the pleasing side.

“The medical staff are working incredibly hard to get them back fit and ready‚ we need to get them 100% ready before we play them.

“We are taking it on a week by week basis with Eben‚ it is the type of injury [shoulder] where once it reacts and the muscles and the nerves start working again it is quite a quick turnaround‚” he said.