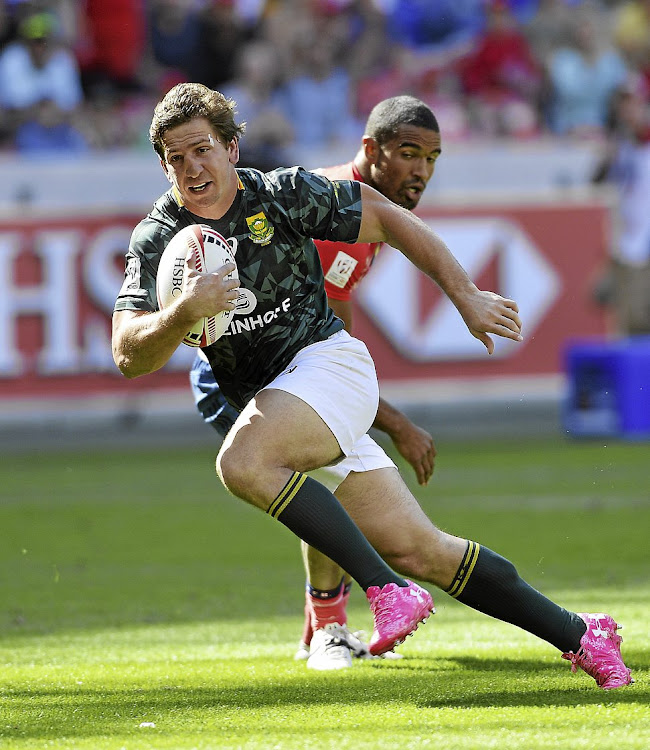 Blitzbok star forward Kwagga Smith confirmed that he is available for April’s Commonwealth Games even though he will be back at the Lions playing Super Rugby.

Smith will return to Super Rugby franchise following the next two World Sevens Series tournaments in Sydney and Hamilton over the next two weekends.

Although he wants to give fifteens a full go in 2018‚ in an effort to break into the Springbok team with an eye to the 2019 World Cup‚ Smith still has the desire to win another Commonwealth Games gold medal and an Olympic gold in 2020.

“I have these next two tournaments left before I go back to Super Rugby and I want to make the best of it‚” Smith said.

“I have told coach Neil Powell I will be available for the Commonwealth Games if he wants to select me. It works out quite well actually because the Games fall on an off weekend for the Lions in Super Rugby.

“And then the Lions come to Sydney for their Super Rugby tour and I might already be over here‚ which makes it doable.

“I have won a Commonwealth gold medal but I want to do it again‚ and also maybe win an Olympic Gold medal in 2020 as well.

“Being a Springbok in fifteens is a huge goal and the reason I am going to play in Super Rugby – to give myself a chance to be selected for the Springboks.”

Smith believes that being a dual player in sevens and fifteens has benefitted his rugby in both codes.

Last year‚ in addition to helping the Blitzboks win the World Series for the first time since 2009‚ Smith also caught the eye in the longer version of the game.

Playing for the Barbarians against the All Blacks in November‚ he was named man-of-the-match.

“Sevens is the best thing I could have done in my career because you learn so much‚” Smith said.

“I suppose that being a looseforward in 15s and a forward in sevens makes the transition a little easier between the codes.

"You bring your physicality from 15s to sevens and your speed‚ vision and agility from the sevens to 15-man game‚ which is a huge benefit.”

The Blitzboks are second on the 2017/18 standings with 39 points after two rounds.

They trail New Zealand by only two points at this early stage and go into Sydney as the defending champions.