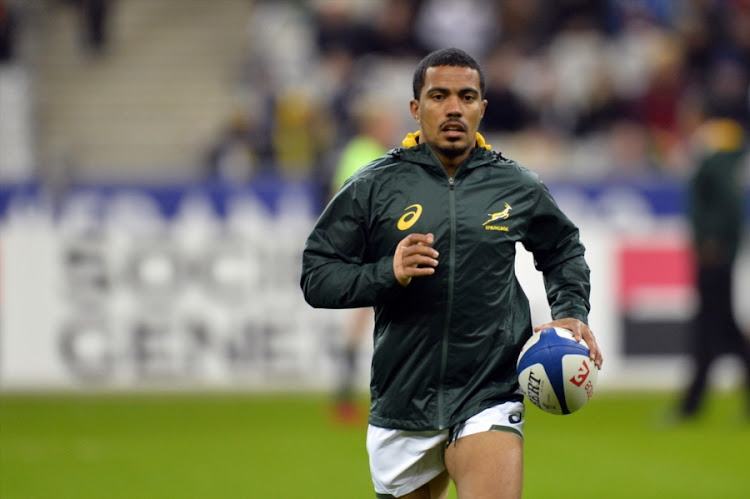 Bulls head coach John Mitchell says the decision to omit scrumhalf Rudy Paige from his Super Rugby squad was based on the need to look to the future.

The fact Paige is one of the national team scrumhalves didn't count in his favour alongside the fact he's also still injured.

Mitchell said the decision to leave Paige out was a tough one but in Papier‚ the Bulls have a potentially world-class scrumhalf.

“Rudy has been fantastic for the union‚" Mitchell said.

"He's given a lot but I thought it was time to move forward with the young number nines.

"I like a very fast number nine and all the nines we've selected have got the ability and Embrose Papier is an up-and-coming and potentially world-class scrumhalf.

"He's demonstrated that in his age group and showed that in the Under-20 World Cup.

"Rudy's recovering from injury‚ he's just got married and should we have injury problem's we'll be fortunate to have someone of his calibre to step in.

“When it comes to selecting a Super Rugby side‚ it takes time and this has taken a lot longer than I would like.

"Next year we'll be able to name a side a lot earlier and it was important for me not to be hasty and to make sure I had enough information on players meeting standards.

"And looking at their character under pressure and when you have 38 players‚ you'll have players who'll be third or fourth ranked.

"We're going to need them to be ready at some point during the season so that positive person is always critical.”

Mitchell has a tough task of turning the Bulls around after a terrible 2017 Super Rugby campaign that hastened the demise of Nollis Marais.

The Bulls were seventh in the South African conference with only four wins from 15 matches.

They were also on the receiving end of a massive home defeat to the eventual champions the Crusaders (62-24) while the Southern Kings also ransacked what remained of the Loftus Versfeld fortress (31-30).

Mitchell said they still have a long way to go but the next four weeks will be an important time for them. They open their account against the Highlanders on February 24.

“We've still got a long way to go and we've built some solid foundations.

"We've tried a different approach and I think our athletes are really healthy and robust.

"We've worked heavily on our individual skill-sets and there's a great attitude amongst the players.

"We talked about selection before and we said it wasn't hasty.

"We've selected some really quality men in this group who are keen‚ driven and connected.

“Pressure will challenge us as well along with the trials which is something we need.

"We need to be put under stress over the next four weeks before we go to the competition.”

Stormers coach Robbie Fleck was satisfied that his team met key objectives during their 77-0 pre-season win over the SWD Eagles in George on Saturday.
Sport
3 years ago

African Democratic Change leader Makhosi Khoza has pledged her support to a young woman who was allegedly raped by a Blue Bulls u21 player.
News
3 years ago