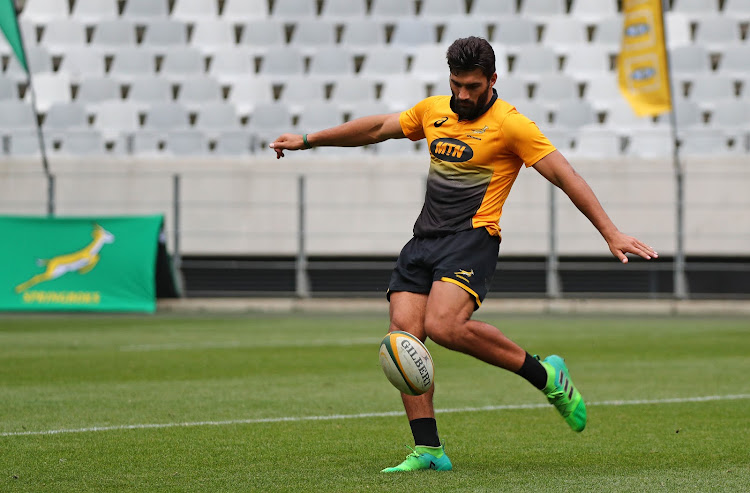 Stormers coach Robbie Fleck is backing Springbok centre Damian de Allende to find his best form again after a frustrating two seasons where he was well below his best.

In 2015 De Allende was the form centre in South Africa and enjoyed a strong World Cup campaign that year.

During the 2015 Super Rugby season he was the SA back with the most offloads and looked set to take it up another level in 2016.

But immediately following the World Cup he went to Japan to play club rugby‚ without a break between seasons.

He picked up an ankle injury that kept him on the sidelines for nearly six weeks and ruined the momentum he had built up.

He struggled for form once he returned and some more niggles saw the season fizzle out as part of a Bok team that was beaten by England‚ Italy and Wales in successive weekends.

In round one last year‚ De Allende was in punishing form in the season opener against the Bulls at Newlands‚ making 84 metres carrying and eight tackles in the 63 minutes he was on the field.

He looked sharp and fit‚ but sustained an ankle injury in the fourth quarter and missed the next 13 weeks‚ which again stunted his development.

Despite fighting his way back on to the field‚ he never looked fully fit and his confidence and form nose-dived.

But Fleck‚ a former Bok centre himself‚ is certain De Allende will rediscover his best form.

“Damian went well against the SWD Eagles although he looked a little rusty in the opening 10 minutes‚” Fleck said‚ following the Stormers’ 77-0 win last weekend.

“The big thing about Damian is that he needs game time. We could count the games he played last year on one hand‚ which is not enough for a quality player like that.

“For the Stormers and for him personally‚ it’s about rebuilding his confidence again by giving him as much game time as we can before our first Super Rugby match against the Jaguares.”

Fleck knows that De Allende‚ despite his troubles over the last two seasons‚ is a player who can unlock defences and create scoring opportunities‚ which is why it is a priority to see the 26-year-old centre back to his best.

“We want to be more dynamic on attack and with the likes of Damian roaming around as well as Sergeal Petersen and Raymond Rhule it will stand us in good stead‚” Fleck said.

“With line speed dominating the game these days‚ you have to come up with something different. You are likely to see more of guys appearing to play out of position on attack as we try to make defences think.”

Just because they have a new coaching staff‚ don’t expect the Lions to abandon the fast-paced game that helped take them to consecutive Super Rugby ...
Sport
3 years ago

In a move that will not to go down very well with some sections of the Loftus faithful‚ head coach John Mitchell says he is not making any promises ...
Sport
3 years ago